A Roanoke Rapids man was arrested Sunday for possession of methamphetamine, fentanyl and Clonazepam following a welfare check. 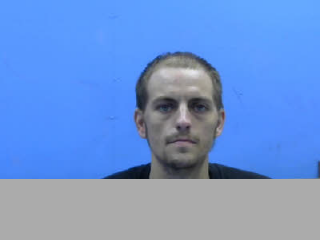 Brandon Reeves, 28, was charged with possession with intent to sell and deliver meth; felony possession of meth; maintaining a vehicle for a controlled substance; possession of schedule IV; possession of drug paraphernalia; two counts of carrying a concealed weapon; and driving while license revoked. He received a $10,000 secured bond and September 2 court date.

Martin said shortly after 12:30 p.m. Officer T. Strickland was dispatched to Signature HealthCare about a person who had been sitting in their car for a while.

Strickland observed the driver take off in a careless manner and followed the vehicle.

Sergeant M. Hunsucker was on Marshall Street and saw Strickland following the vehicle as Reeves made a turn.

Reeves pulled into a driveway on Raleigh Drive and exited the vehicle.

Officers recognized Reeves and began speaking with him about his suspicious activity and not stopping when the officer got behind him with lights and sirens.

Hunsucker deployed his dog Dubai, which made a positive indication of the potential presence of narcotics in the vehicle.

A search of the vehicle revealed a red gym bag.

The officers observed a clear plastic bag which appeared to have what was suspected to be fentanyl inside.

A Ruger LCP was in the passenger seat covered by the gym bag and other items. A Black Widow . 22-caliber revolver was shoved between the center console and driver’s seat.