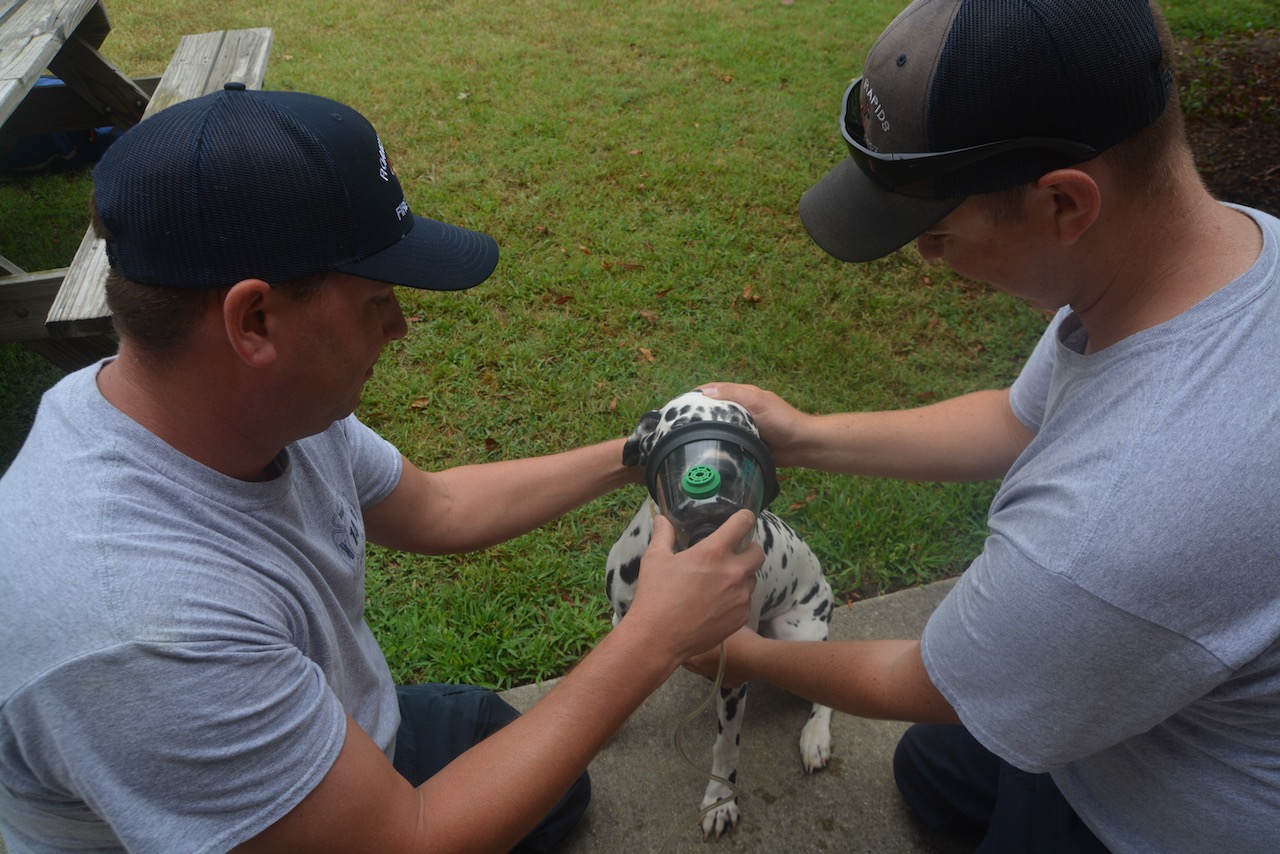 Masks for pets prove their value in June fire

For about a year or more, the Roanoke Rapids Fire Department has carried special masks onboard to revive animal victims of fires.

After the successful resuscitations Lake Country Animal Hospital donated replacements for the disposable masks the fire department used that evening and Chief Jason Patrick has applied for a grant so the department can carry them on both vehicles.

The masks are designed to fit over the snouts of dogs and cats and like the masks firefighters use oxygen is fed via an air pack.

In fact, Battalion Chief Tim Gray said in the past firefighters have tried to use their own air packs to try to revive animals. “It was hit or miss. It didn’t fit over their snouts.”

On Brickell Street EMS had started the resuscitation and firefighters then assisted.

While one animal was lost, Gray said, they were able to save the others. The occupants had already got birds in cages and a couple of other dogs and cats out. The devices, he said, “make it a lot of easier.”

When firefighters arrived that late afternoon there was heavy smoke and flames showing in the center of the house, Gray said.

A total of 17 firefighters arrived, the total number made up of on-duty and off-duty firefighters, Patrick said.

The chief said the fire appeared to have started around a window unit air conditioner. It remains undetermined whether the house is salvageable.

Both Gray and Patrick said there have been numerous fire calls in which pets were of great concern. “They’re like a family member in a lot of homes,” Patrick said.

“If someone says their dog or cat is inside, we’re going to treat it like another human being,” Gray said. “It gives us some satisfaction to do our jobs like we normally do. To make a successful resuscitation makes us feel great and feel like we have done our jobs.”