A shooting which occurred on Cedar Street last week is related to an attempted robbery in which the victim is believed to be an active participant, Roanoke Rapids police Chief Bobby Martin said this morning. 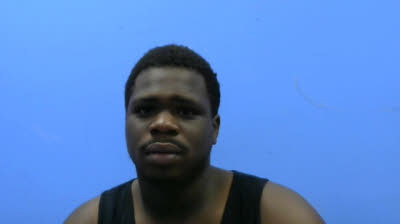 The shooting victim, Zatez Perry, 21, is wanted for an unrelated shooting which occurred September 19 of last year, Martin said in a statement.

Perry has ties to the 1000 block of Cedar Street where the July 16 shooting as well as the attempted robbery took place, ties to other parts of the Roanoke Rapids area and the Charlotte area, Martin said. “Mr. Perry is believed to be an active participant in the attempted robbery which resulted in him being shot.”

Martin said it appears the robbery attempt was drug related.

In the statement this morning Martin said Perry was first transported to Vidant North and then flown to Greenville.

He was treated and released and has refused to cooperate with law enforcement about the person who shot him.

Meanwhile, Martin said Perry is wanted in a September 2019 shooting.

The shooting took place when Perry was involved in a roadway altercation in which the victim was shot as he was leaving in his vehicle.

Warrants have been filed for Perry’s arrest on counts of assault with a deadly weapon with intent to kill inflicting serious injury and shooting into an occupied vehicle.

Anyone with information on Perry’s whereabouts or the Cedar Street shooting is encouraged to contact the police department at 252-533-2810 or anonymously through Crimestoppers at 252-583-4444.