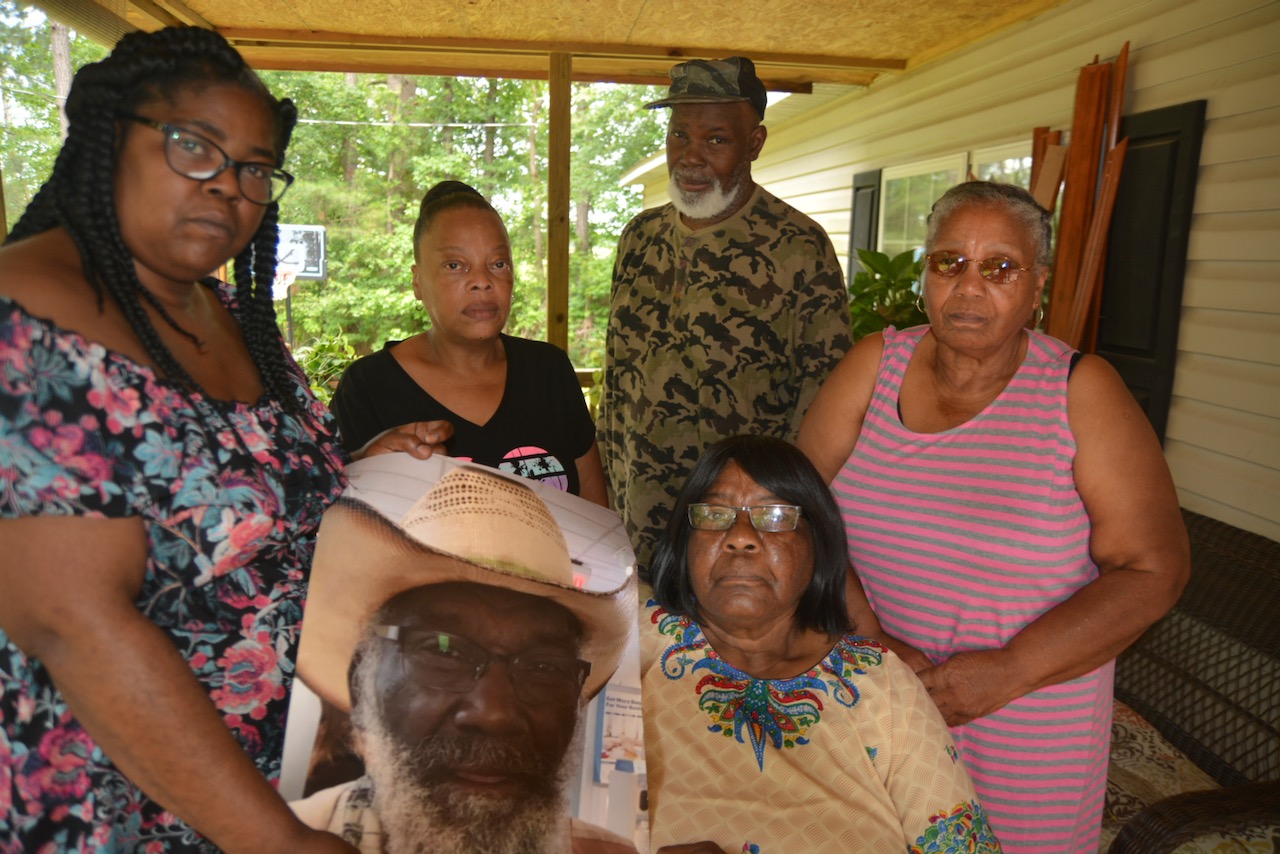 A year after, family seeks answers in Cowboy's shooting deathFeatured

A year ago today, Tiffany Hale got to see her uncle a last time before he died by gunshot in the parking lot of the Gaston Hardee’s. 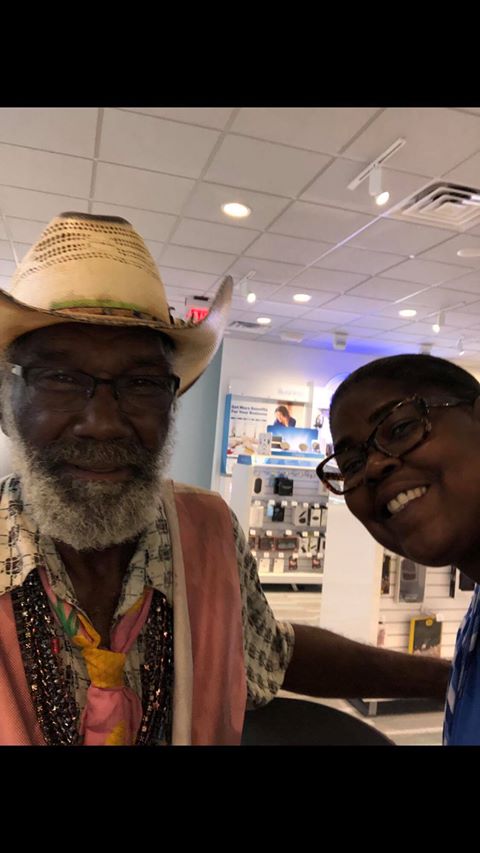 The photo she took of herself and Robert Pane Hale, a longtime trucker known throughout the community as Cowboy, is one she will always cherish.

“He was more so a father figure to me,” she said in a recent interview with other family members. “I was reared in the same home that he was in so he was always around. When he wasn’t working he was always around. He did move away for a while but we always remained close throughout the years.”

She distinctly remembers the day when she kept trying to reach him to wish him a happy Father’s Day.

She had been trying to contact him throughout the week. She would later find out he had dropped his cellphone into a toilet.

Talks with the dispatcher at Barnes Transportation, the company Cowboy drove for, indicated, “The truck was moving. One day he was at this place. The next he was at that place. On that Monday I was at work and he was still on my mind so heavily,” she said. “I spoke with the dispatcher. He had just got to Northampton County. He was at Hardee’s. I jumped in my car and went over there. I rode around the truck and didn’t see him anywhere so I went inside and looked around and didn’t see him there.”

She was on the phone with her mother and cousin as she looked for Cowboy. It was her cousin who told Tiffany he was probably at a garage in Gaston to pick up his car.  He had parked his rig in the Hardee’s parking lot so he could walk to get his car.

While Tiffany was still on the phone with her mother, her mother heard a knock at the door and it was Cowboy. “I was happy to hear he was at home,” Tiffany said.

Tiffany and Cowboy ended up meeting at US Cellular. He was already there waiting. “He was supposed to have been at Charlotte at 8 p.m. He said he was going to get him a phone before he went.”

Cowboy wanted a flip phone but that would have to be ordered.

Despite his initial objection, he got a smartphone, Tiffany said. “I had to show him how to use it. He said just show me how to make calls, that’s all he needed to know. We practiced with that inside the store for a while and we stayed until the store closed.”

During that time she took a selfie with her uncle. “I’m so glad I got some pictures on that day inside of US Cellular. The last photo we took was a selfie. I’ve taken plenty of pictures of him but that day I had never taken a selfie with him, never. I’m glad that I did because you never know what may happen and what did happen.”

After getting his new phone he was going to Hardee’s and get his rig. As it ended up, he never made the Charlotte run. “I told him to be safe and I went on about my business. That was the last time I talked to him,” she said.

Early the next morning she would find out the man she considered a father figure was gone.

Cowboy had been driving trucks for a long time, Tiffany said, ever since she was a toddler.

His career as a trucker took him to every state in the country.

He was fond of his Western wear, hence the nickname Cowboy. “He was very eccentric,” she said. “That was just him.”

His brother Floyd said, “He would go to Texas. They make them (boots) down there. They’re a lot cheaper than they are around here.”

Cowboy’s twin sister Susan, who is Tiffany’s mother, said her brother was also known as the black Richard Petty. “He had been to different states and (people) wanted to take a picture of him.”

Family members said he loved his coffee and Maverick and Cheyenne full flavor cigarettes. He would guzzle coffee all day from a 32-ounce cup from New Dixie.

“I was reared in the home with him,” said Mary Hale, his niece. “He was a good person who supported his family.”

Mary also said, Cowboy “was a family-oriented man and they killed him on his great nephew’s birthday. It’s so very hard for me.”

Cowboy lived in Pleasant Hill but was known across the area, his brother said. “Everywhere I’d go, whether in Northampton County or parts of Virginia and all around somebody was always asking me about Cowboy. He was a good man, my best friend. He was very generous. He was well liked around the area. He had been driving for so long I never expected anything to happen like this.”

Susan said, “It’s been rough on me because we were close, especially in the afternoon when I would come out on the porch because sometimes I think I would see his car. I miss him, I just miss him. He was a good brother to me. When he got out on the road I had feelings about him. When he’d come by he’d ask have you been sick, how have you been doing. He’d always say I’ll see you when I get back in.”

The morning of June 25 last year, Gaston police Chief C.L. Dixon was at the Hardee’s parking lot investigating a shooting death. The victim was Cowboy.

He said at the time the fatal shooting occurred around 11:30 the previous evening.

Gaston officers were at a traffic light and heard a single gunshot.

Cowboy was found lying on the ground between his rig and personal vehicle.

The police department continues to investigate, he said. The North Carolina State Bureau of Investigation continues to assist.

“We have good leads and are working diligently to follow up on those leads,” Dixon said Tuesday. “We’re not sitting on the case. The SBI is working with us on the case. Yesterday we were busy doing things on the case.”

There is incentive for someone to come forward, Dixon said.

The governor’s office is offering a reward of $5,000 for information and Barnes Transportation is offering $2,000.

Dixon said all the evidence investigators are putting together leans towards a robbery motive, although it is impossible to know how much money Cowboy had on him that evening, family members said. “We’re encouraging anyone to come forward, especially with the governor’s reward,” Dixon said. “We just want to give the family some closure and definitely want to get the subject that did this in custody and charged.”

Tiffany got the news around 2 the morning of June 25 — a phone call from her uncle.

After frantic inquiries to several area hospitals, family members learned Cowboy’s body was taken directly to Coleman’s Funeral Home and then would be taken to Greenville the following day for an autopsy.

Tiffany was asleep when she got the call. “I just jumped up out of the bed and I walked around, I know, for about 30 minutes figuring out how I was going to tell my mamma. He had been here that day, that same day and had seen her. He was close with all his siblings but every time he came home, he came here. They were really, really close. That’s the first thing that popped into my mind, how am I going to tell my mamma.”

The only thing different about that night, Susan said was, “I couldn’t sleep like I had been sleeping. I don’t know if that had something to do with it.”

“I don’t want to see anybody get killed but with him, I don’t think anybody would have thought that in a million years,” Tiffany said. “It’s just been hard and especially not knowing who. Somebody knows something.”

Tiffany is on Facebook and solicits friends and other members for information. “I’m pleading somebody knows something. If you know something, call Gaston police. Call the SBI. You don’t have to call me. Call somebody that’s going to do something about this. I can’t do anything about this but I would like to know who is responsible and I would like for justice to be served because he did not deserve it. I feel that nobody deserves to have their life taken. Nobody gives life except for God and I feel he is the only one who should take life.”

Floyd said, “If a person takes another person’s life I feel like I can take their life.”

Every year Tiffany has a garden but this year she started late because Cowboy was the one who got the tiller started.

When she tried to start the machine, the rope came loose. “I just had a moment in the backyard. I broke down. The stuff would have been coming out of the garden by now if he was here now but because he’s not here I don’t have my goto guy to call any more and say come do this for me, come do that for me. It’s hard and I feel like by now my family should know something.”

Tiffany said, “This is difficult for me. We never had any murders in our family, nobody getting killed for different things. We just need closure. I’m not going to say it will bring us closure but it will put our minds at ease to know who did it.”