A Roanoke Rapids man was charged with counts related to failure to stop for an officer directing traffic in the aftermath of a vehicle crash Wednesday in the area of Smith Church Road and Highway 158.

The crash involved a Roanoke Rapids patrol car and another vehicle. Roanoke Rapids police Chief Bobby Martin said that portion of the investigation has been turned over to the North Carolina State Highway Patrol.

The collision report had not been filed by the patrol as of this account. 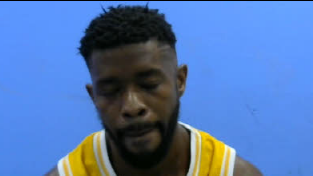 The arrest of Antonia Daniels, 34, occurred shortly after 12:45 p.m. Wednesday.

Martin said in a statement Officer J. Rowland was directing traffic when a minivan came through and nearly hit him.

The vehicle continued west and Sergeant A. Salmon assisted Grimes. The driver pulled over in the area of Virginia Avenue and Highway 158.

Salmon and Grimes approached the vehicle to arrest Daniels for failing to stop. Martin said in the statement Daniels reportedly did not comply with the officers’ commands during their attempt to arrest him but was eventually taken into custody without further trouble.

Martin said this afternoon Daniels had no injuries and did not require EMS treatment or transport.

Daniels was charged with failure to obey a traffic officer; resisting a public officer; and failure to heed blue lights and siren. He was also served an outstanding order for arrest for failure to appear in court on a separate charge.

He received a July 31 court date.