A New York man was charged on drug counts and driving with a juvenile considered a runaway this morning on Interstate 95. 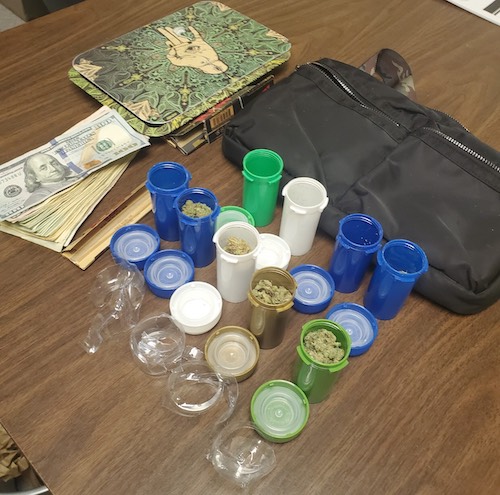 A search following the stop yielded marijuana, paraphernalia and currency.

Harris said a juvenile was in the car with Alzabidi and did not have the permission of the parents to leave the state of New York. The juvenile is considered a runaway.

New York Police assisted in the investigation and the juvenile was provided transportation back to New York.

Lieutenant C. Emerson Carroll and Deputy Jake Pignanello assisted with the stop and the investigation.

Since its formation, STEP has conducted five checkpoints, made 304 traffic stops, assisted 14 motorists, searched 19 vehicles, wrote 171 warning tickets, made 54 traffic-related charges, made 13 drug charges, seized a quantity of marijuana and had several hours of training.

Carroll has met with representatives of the Halifax County School System to arrange speaking with the driver’s education classes and future traffic operations that will be conducted. “The team has been very active in several communities in the county and they are working to improve seatbelt usage, decrease speeding, identifying possible impaired drivers and reducing criminal behavior,” Harris said.

This course focused on how the team can render medical aid to themselves and others.

They learned tactical responses, bleeding control and evacuation techniques in order to bridge the gap until more advanced medical personnel arrive. “This course was designed to teach the officers not only to save themselves, but to save others under stressful situations, such as shootings, stabbings, and vehicle collisions,” Harris said.

Members of the team also attended training in Wilmington put on by the Wilmington Police Department and the N.C. Governor's Highway Safety Program. The training consisted of Winning Cases with Reports, How Drugs and Alcohol Work and Standardized Field Sobriety Tests Refresher courses.

Carroll was one of the speakers and instructors.