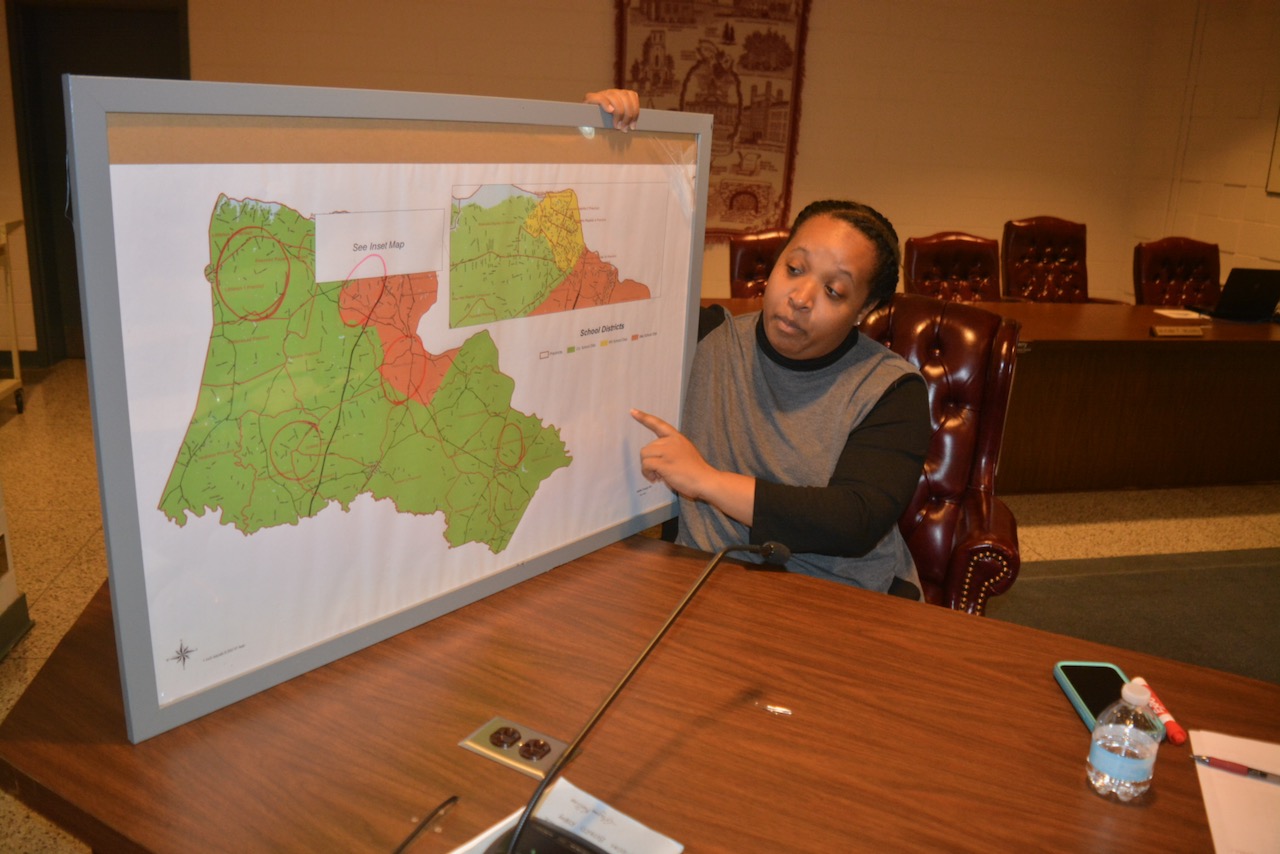 The North Carolina State Board of Elections will determine whether to accept an amendment made by the Halifax County board which would allow Roanoke Rapids to use Kirkwood Adams as an early voting precinct for the March 3 primary instead of Halifax Community College.

The amendment introduced by board member Ervin Griffin Sr. would also provide a fifth early voting — or one stop — precinct for the Ringwood area.

The amendment, which was approved on a 3-2 vote this morning, came after Roanoke Rapids Mayor Emery Doughtie and Councilman Wayne Smith appealed to the board for an early voting site in the city.

Doughtie told the board, “I try to use Roanoke Rapids as a hub for our area because I do feel like we serve as an economic hub for the people who come to this area.”

This is not the first time city officials have come before the board inquiring why the city no longer has an early voting precinct. “We were not successful. There was some controversy about other places we might have. We have learned recently that we were not selected again in the March primary for an early voting site.”

Doughtie said the city feels like it has more than one site which would be comparable to the Neighborhood Resource Center on Jackson Street, “But if the site is an issue we would certainly try to step up and accommodate you with other sites that we have used in the general election.”

The one which Doughtie immediately proposed was Kirkwood Adams on Hamilton Street. “The vote is a tool we have had throughout the history of our country. It’s a good tool that we use legally, ethically, politically. It’s just a way that we can make change.”

Doughtie said “everyone is equal when it comes to the vote” and “we should all be able to access a place to cast that vote with as little as a disruption to our daily lives as much as possible.”

In the previous election cycle when city officials came to speak, “There was some communication about the cost of putting on an election. I’m not here to say what the city could do or could not do, but I’m certainly here to say if cost is an issue we would certainly welcome the communication back and forth about what we would be able to do to make that happen for our community.”

Smith told the board when Roanoke Rapids doesn’t have a one-stop site there are 15,000 people left out. “I don’t understand the logic behind leaving Roanoke Rapids out since it is the largest voting area in Halifax County.”

Smith said Halifax is a democratic county. “The Democrats are for voting and making sure people get a chance to vote. But somehow or another the board of elections is turning the opportunity down for people in Roanoke Rapids to have their opportunity to vote without traveling a distance.”

Said Smith: “I think we need to reconsider to get the population a chance to vote. The Deoncratic party is a party for people to have the opportunity to vote. Do not take that away from the people of Roanoke Rapids. Give them a chance to vote without having to travel to cast their vote.”

Smith said there are retired and elderly people in the city are unable to get to ride or have no transportation to get to other early voting sites. He said they have to depend on churches or means of transportation to get to a place where they can vote. “I think it would be a good idea if the board of elections would look at what they’ve done and reconsider and get Roanoke Rapids a chance to get early voting.”

Gladys Walden of the county Democratic Party asked for the chronology of the decision made which stripped Roanoke Rapids of an early voting precinct.

Board of Elections Director Kristin Scott said the state had concerns with using the resource center on Jackson Street because there was only one way in and out. There were also concerns about the lack of privacy some voters who used curbside to cast ballots had. One voter claimed precinct workers told people how to vote.

City Manager Joseph Scherer told the board he could make Kirkwood available during the early voting schedule and make sure it would not be used for any other functions during that time period.

Scott said she is not certain when the state will make a ruling.