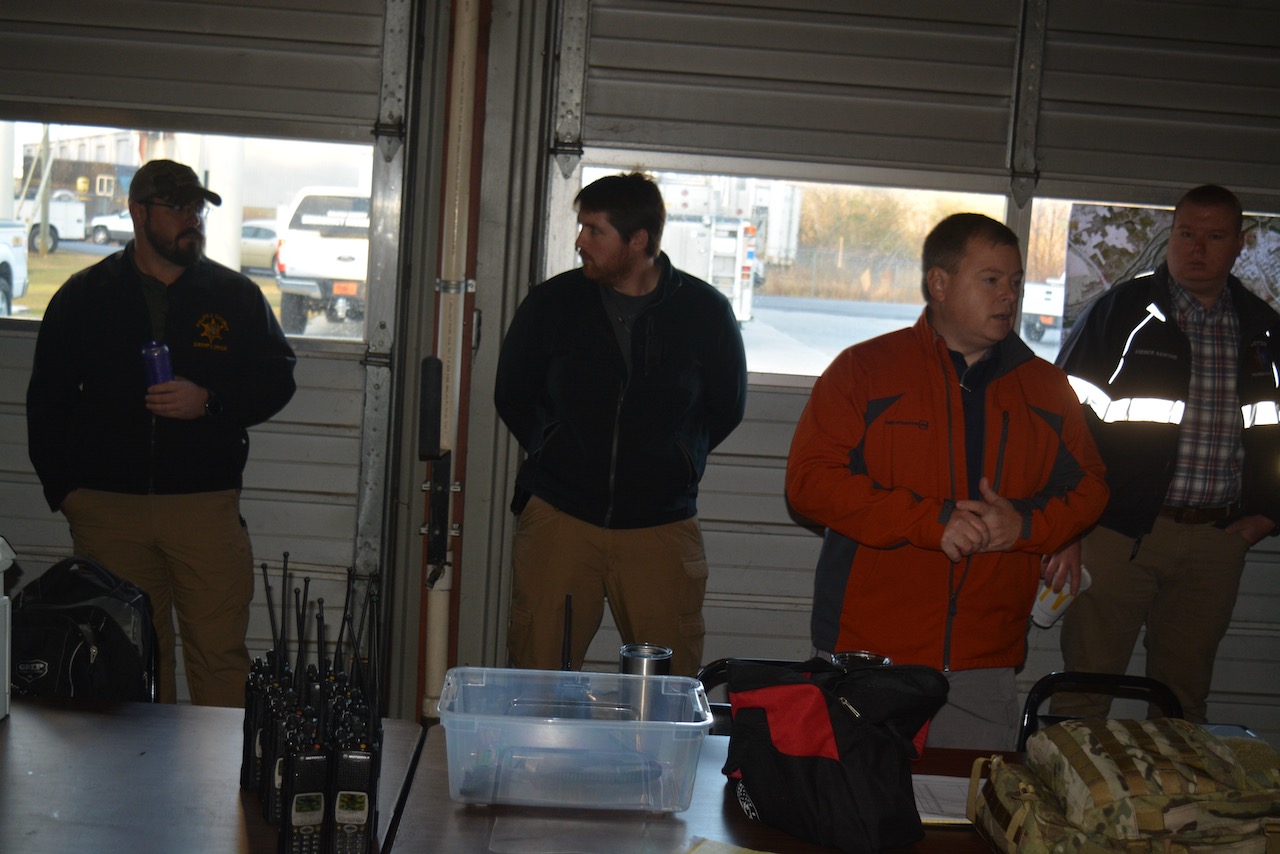 First responders from across the region this morning began an intensive search for a Weldon man who has been missing since December 5.

Town police Chief Chris Davis said before a briefing of some 60 emergency response personnel that 42-year-old John Jermaine Ausby is known to have seizures.

The team searching for Ausby includes responders from as far away as Gates, Currituck and Wake counties, along with local authorities.

Davis said walking is Ausby’s normal mode of getting to different parts of the area. “It’s a normal event for him.”

There is no known reason he would leave the area. The police chief said it is possible Ausby was heading to one of the stores in the area of Interstate 95.

Davis said officers have located Ausby in the past after he had a seizure. “We’ve had several dealings with him in the past — some not so good, but he is somebody’s family member.”

Weldon fire Chief Rusty Bolt said Roanoke Rapids police were going to search their side of the interstate for Ausby as well as the Canal Trail. “We want to check the railroad tracks.”

Ausby no longer wears his hair in dreadlocks, Davis said. The other specific areas of the search include places along Julian R. Allsbrook Highway and Eleventh Street in Weldon.

Ausby was remembered at a prayer vigil Sunday for the missing of Halifax County at Open Door Baptist Church. “We would like to pray for them,” said Kim Wallace, who organized the event.