A Roanoke Rapids man indicted federally last month for crimes he reputedly committed in Northampton County will have a detention hearing next week in Raleigh. 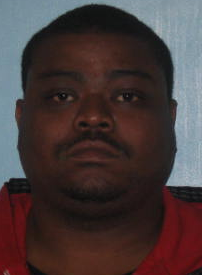 Until that time, Michael Christopher Harris remains in federal custody, according to court documents, and has an arraignment date of February 11.

Harris was indicted on two counts in November.

In count 1 the grand jury charges he possessed ammunition while previously being convicted of a crime.

In count 2 the grand jury charged he possessed a firearm and ammo around April 3 knowing he was a convicted felon.

Captain Patrick Jacobs of the Northampton County Sheriff’s Office said in a statement the federal indictment warrants were issued on November 5.

The indictments, Jacobs said, stem from two separate shooting investigations that took place in Northampton County on November 21 of 2018 and April 3.

“Our office felt that these cases were needed to be addressed in the federal court system,” Sheriff Jack Smith said in the statement. “The United States Attorney’s office agreed to accept these cases. The Northampton County Sheriff’s Office will continue to work extremely close together along with other agencies such as the United States Attorney’s Office. I would also like to thank the district attorney’s office for all of their assistance in this ongoing process and procedure.”

Jacobs and Lieutenant A. Roye conducted the local investigations.