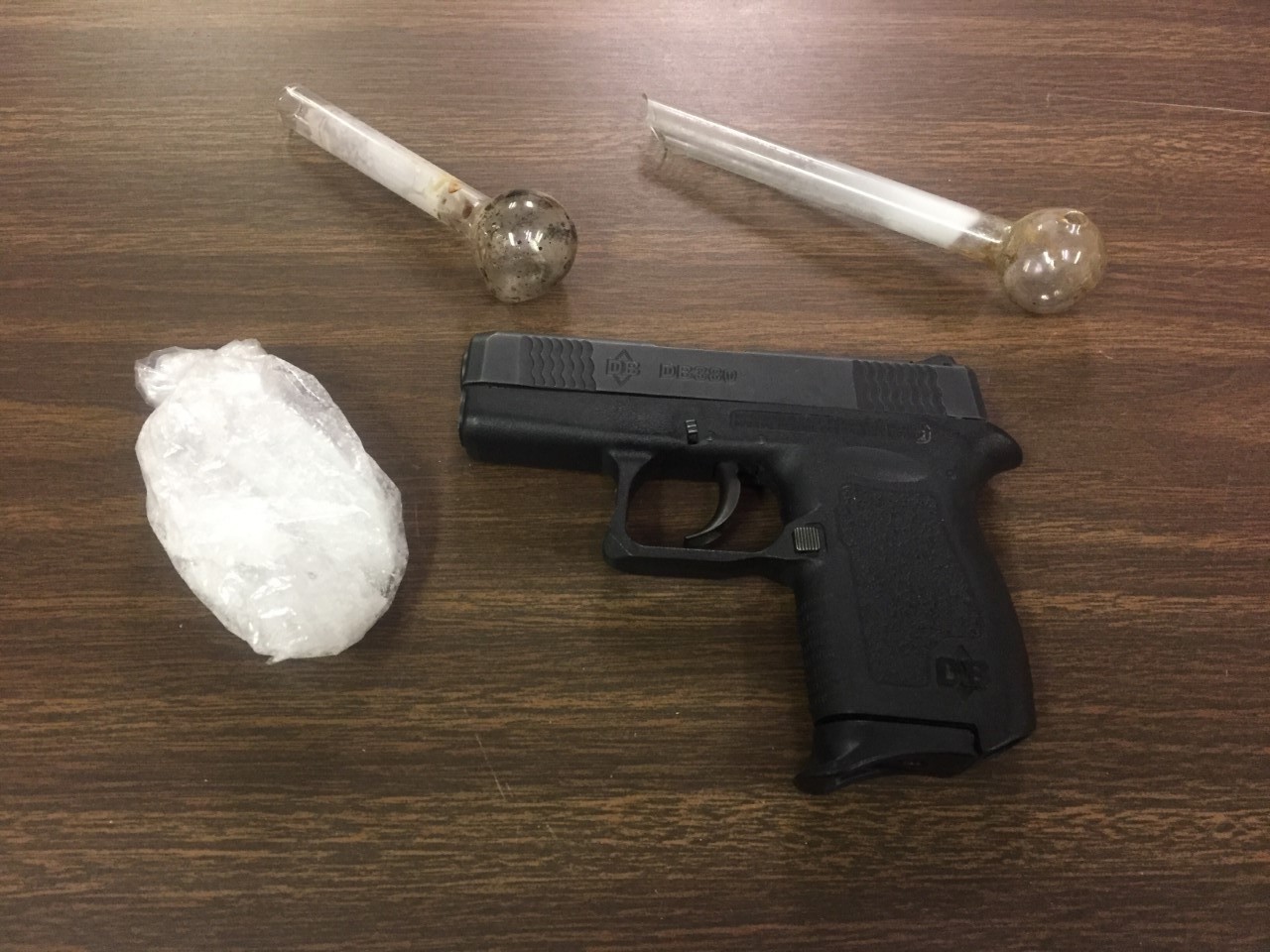 Captain A.M. Harris said in a statement late Friday night agents have been following up on complaints of possible meth dealers in the Roanoke Rapids and Weldon area.

Shortly before 6 p.m., agents conducted a traffic stop on a vehicle for a motor vehicle violation.

During the search, agents seized marijuana, two meth smoking pipes, a handgun and more than 28 grams of methamphetamine. The street value of the meth is approximately $2,240.

Harris said agents have been conducting an investigation on Carter for several months and sharing the information with the United States Department of Homeland Security and the United States Attorney’s Office for the Eastern District of North Carolina.

Jeremy Russell Currin, 44, of Roby Drive, High Point, was arrested and charged with possession of drug paraphernalia — meth smoking pipes — and was served with an outstanding order for arrest for driving while license revoked.

Harris said agents will continue to follow up on suspected dealers in the Roanoke Valley. Citizens are encouraged to call Halifax County Crimestoppers at 252-583-4444 to report any drug activity or log on to www.halifaxsheriff.com and click submit a tip.