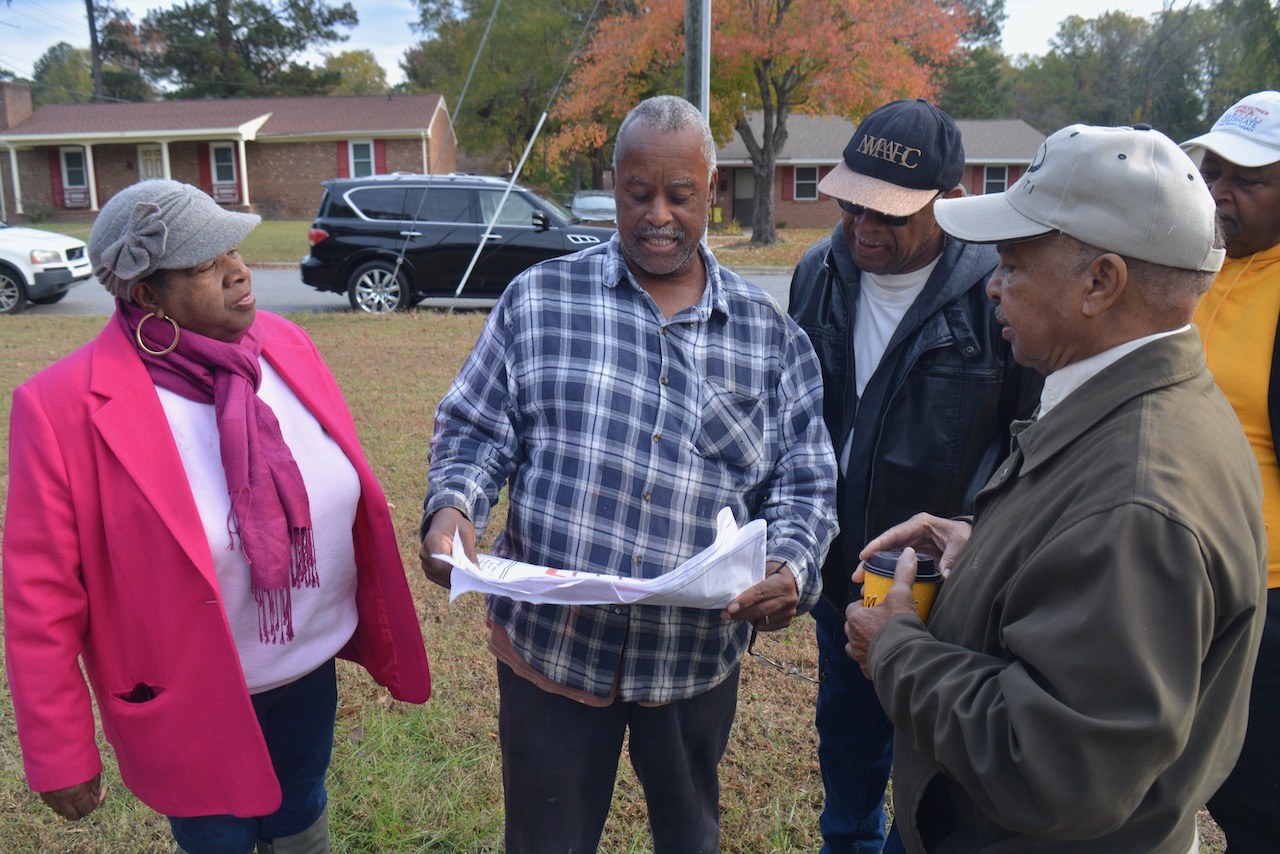 The land at Martin Luther King Jr. Park, which will be home to a public plaza honoring Sarah Keys, was lined with string, stakes and paint Monday to prepare for construction of the project.

“We’re excited to see it coming together,” said Reverend Charles McCollum, whose Eastern Carolina Christian College was awarded funds for the project. “The preliminary work starts this week. Right now, this is the only monument in the whole United States (honoring) this woman’s sacrifice.”

The project will tell the story of Keys — now Evans — who was enlisted in the Women’s Army Corps and refused to move to the back of the bus in Roanoke Rapids on August 2, 1952.

She was arrested and her subsequent legal battle was seminal in the fight for equal rights.

Local artist Napolean Hill has been commissioned to do the artwork for the plaza and McCollum said the painting has already begun. “It’s going to be one of his greatest works.”

The minister said the plaza honoring Keys has the potential to bring tourists to the area. “They’re going to know about what she did. She’s finally getting her due.”

The Keys case occurred before Rosa Parks, McCollum said. There was a case in Virginia which predated both — Irene Morgan, a case in the 40s in which Morgan refused to go to the back of a bus traveling from Virginia to Maryland.

Keys was largely ignored in the shadow of Parks, but her case was a landmark one in the country’s Civil Rights history. “She didn’t get a lot of credit for changing the laws that made us second-class citizens,” the minister said.

Keys is 90-years-old now and McCollum is hopeful she will attend the unveiling, which is planned in the spring — April 18, which is her birthday. “We’re going to talk to her about coming.”

McCollum said he has been pleased with the cooperation he has received from the city in the project. “The city has proven to be a real partner in this. I have a real appreciation of them for their involvement in this project.”

David Putney, of Putney Construction, and his employees, were marking the spaces where the plaza will be located at Virginia Avenue and Wyche Street. “It’s something for the community. I’m glad to be a part of it.”