Man charged in robbery of driver

A Roanoke Rapids man was charged Monday in the robbery of a person who gave him a ride. 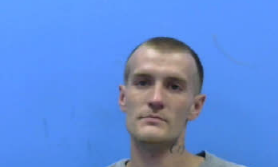 The person arrested, Andrew Hardin, is not believed to be a suspect in an armed robbery which occurred at Presto Saturday morning, Chief Bobby Martin said. The account of that robbery is included in this report.

In a statement, Martin said shortly before 3 p.m. Monday, the department was made aware of an armed robbery which originally was believed to have occurred at Dollar General on Highway 48 outside Roanoke Rapids.

The police department was asked to assist with locating a possible suspect in the area of Highway 48 and Sam Powell Dairy Road.

The initial information was the suspect ran from the store and was heading to Pearson Hill Road.

Investigation determined, however, the robbery was not of the store, but of a person and took place in the area of Sam Powell Dairy Road and Highway 48.

The victim gave Hardin a ride from Dollar General and when she told him she could only take him as far as Sam Powell Dairy Road, he reportedly pulled a gun on her and demanded money. Martin said Hardin received a small amount of money from the victim.

Officers and deputies of the Halifax County Sheriff’s Office searched the area but did not immediately locate a suspect.

During the investigation a suspect was developed and officers and deputies proceeded to the area of Pearson Hill where Hardin was reported to live.

Officers and deputies discovered evidence which potentially linked Hardin to the robbery of the victim.

Investigation by Roanoke Rapids police Sergeant Ryan Cross led to charges against Hardin, 31, of robbery and larceny from a person.

“The Roanoke Rapids Police Department would like to thank the Halifax County Sheriff’s Office for their assistance. Lieutenant C.E. Carroll and Sergeant H. Phillips were very helpful in this case being solved,” Martin said in the statement. “The squad working for the police department — B Squad — along with the sheriff’s office deputies are to be commended for their quick actions in solving this case and working together to capture this suspect.”

Hardin was taken into custody shortly after 5:15 p.m., Martin said.

Saturday shortly after 1:30 p.m., officers responded to a possible overdose in the parking lot area of Lowe’s Shopping Center.

Officer J. Rowland received further information about a person passed out in a car with a needle in hand.

Rowland learned the person drove off and he received a vehicle description along with direction of travel.

The Roanoke Rapids Fire Department also responded and was behind the vehicle. Firefighters gave the location and noted erratic driving.

Rowland stopped the vehicle near Belk.

Rowland identified the driver as James Patterson, 24, from the Rocky Mount area.

Officer H. Grimes conducted a check of the outside of the vehicle with her dog, Jimi. The canine  immediately alerted on the car.

Four bindles containing a white powder were located along with needles and other empty bindles.

Patterson was placed under a $1,000 bond with a December 4 court date.

Lieutenant B. Norton and Sergeant A. Salmon assisted.

Saturday shortly after 2:45 a.m., officers responded to Presto on a robbery call.

According to the clerk, the suspect entered the business, pointed a gun and demanded money. The person got an undisclosed amount of money and then fled the business.

The police department, along with the assistance of the Halifax County Sheriff’s Office, searched the area but did locate the suspect.