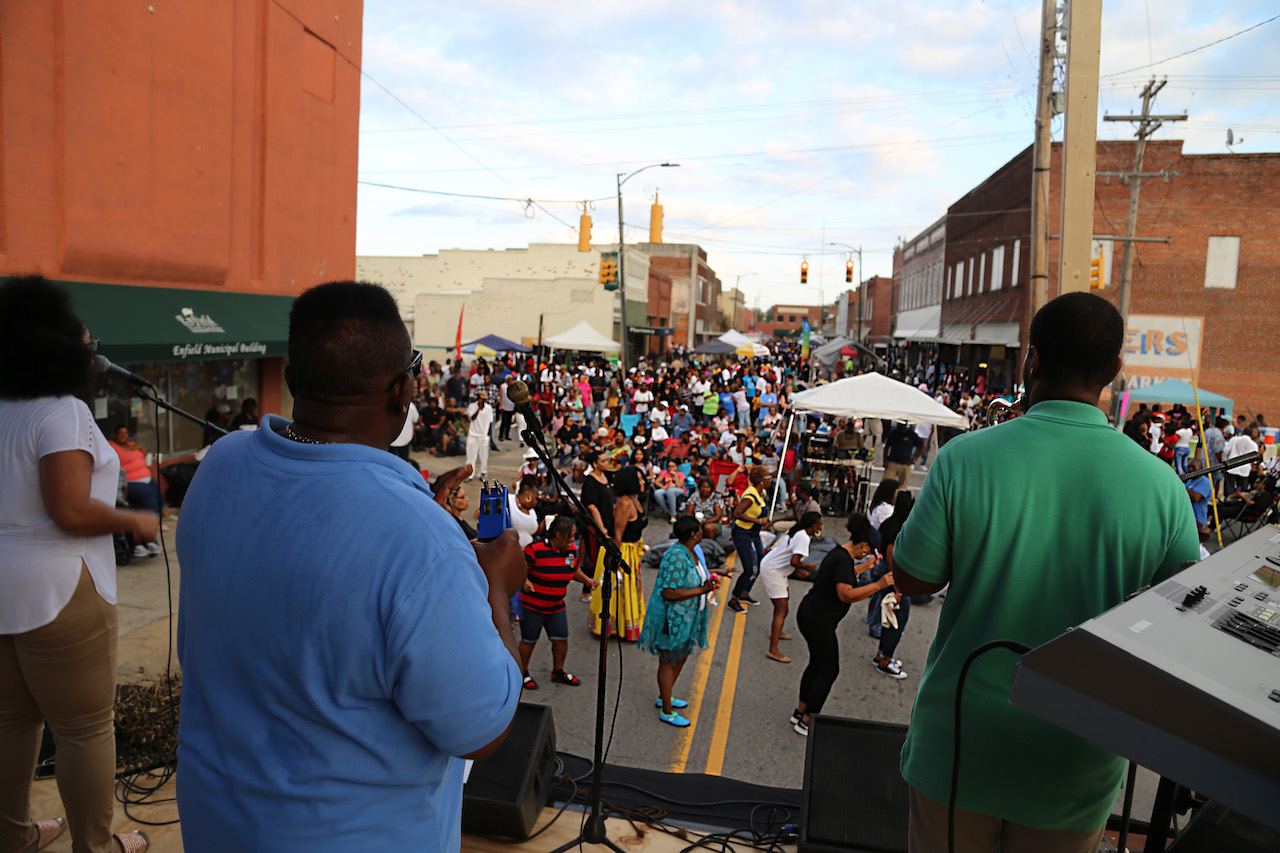 The town of Enfield will celebrate its legacy of peanut production October 4 and 5 with its annual Peanut Festival.

There will be food, entertainment, crafts and music.

Enfield was once the largest producer of raw peanuts – in the world.

While the small rural town of 2,300 people no longer holds that distinction, peanuts are still one of the town’s top crops.

Enfield’s first Peanut Festival started was held in 1937 — the oldest in North Carolina.

Although there was a festival lull in the 1970s, Enfield has since revitalized the event and today the peanut is celebrated each year with a festival held downtown the first weekend of October. Last year’s Peanut Festival was a huge success – with more that 5,000 people attending the event.

On Friday Connie Harvey, a Halifax County gospel singer, will be performing from 6:15 p.m. until 6:45 p.m.

She was born in Scotland Neck but moved north when she was a youngster and started singing with her mother in the church choir of Second Saint James Disciples of Christ Church in Brooklyn.

She made her recording debut with GSF records – and toured with the He’s So Fine Chiffons. Connie continued her career by collaborating with Eric Kupper, Lift Me Up, Peter Rahover and Joceyln Brown.

She has also written many Gospel songs, such as We've Got The Power, Thank You Lord, Make Sweet Music, Lift Me Up and Love One Another.

From 4 p.m. to 6:15 p.m., DJ Trevell Whitaker will provide music, and from 7 p.m. to 9 p.m., Maurice Wynn, who wrote What She Don't Know (Won't Hurt Her), which hit the Top 100 Southern Soul Song chart, will close out the evening with his performance.

Saturday is family-friendly with more than 50 food and crafts vendors lining the street.

Beginning at noon, DJ Starchild of 95.5 will host the day’s entertainment which includes step teams and dancers — The Ragged Angels Gospel Singers; Grooveline 757, a North Carolina dance party band specializing in R&B, Funk, 80's Old School will perform from 4 p.m. to 6 p.m. To end the evening, Black Diamond, a 10-piece band based in Wilson, will close out the weekend’s music.

New this year on Saturday only are rides from Ragland productions and The Budweiser Beer Truck.