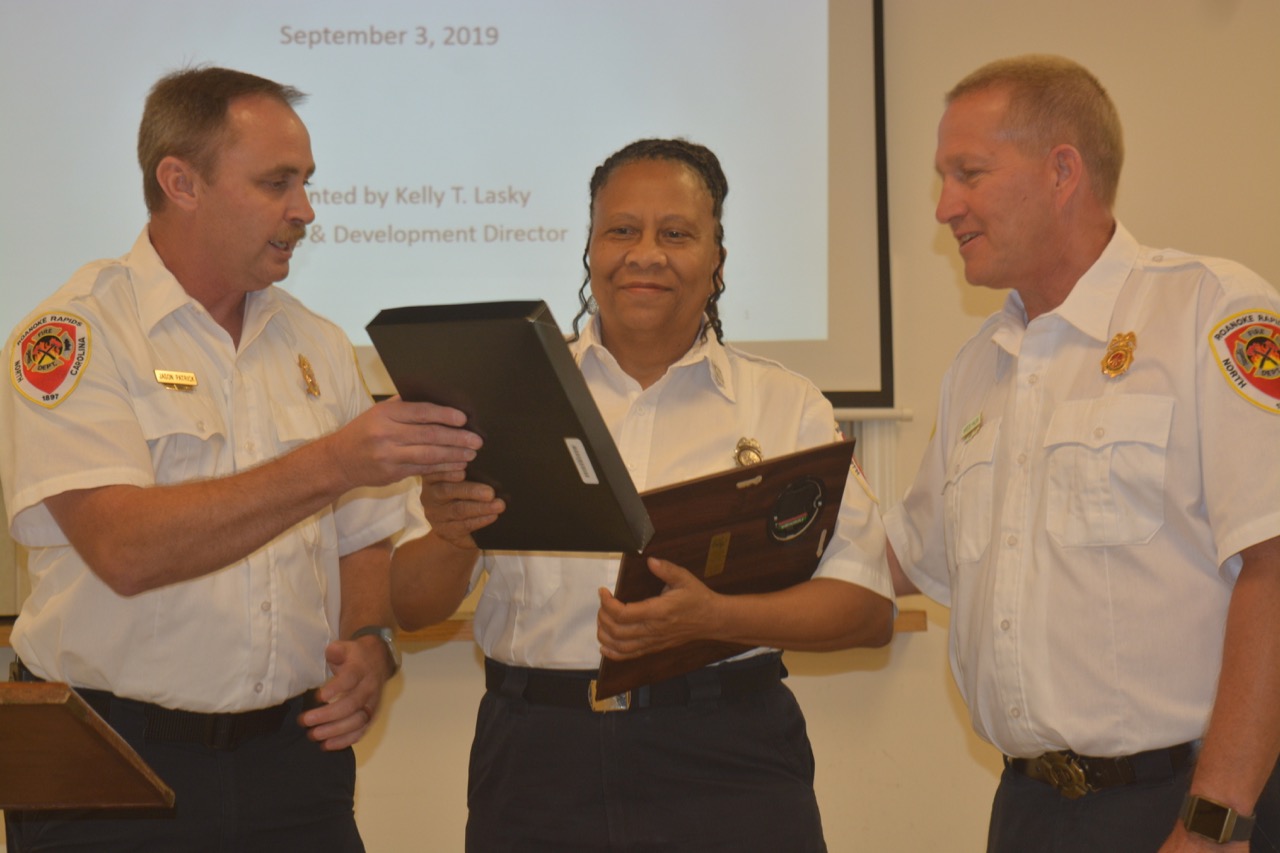 Fire department honors 'the chief' on her retirement

During her tenure with the Roanoke Rapids Fire Department, Helen Reed meant many things to the firefighters with whom she worked as an administrative support assistant.

“Mrs. Reed has been our mother, our friend, our confidante,” Chief Jason Patrick said during a ceremony at Tuesday’s city council meeting, a special recognition to honor her retirement. “We were fortunate that we had her as a coworker and blessed that she has been able to return part-time to continue to be a part of the Roanoke Rapids Fire Department.”

It was the admiration of her that led firefighters to affectionately call her Chief Reed. “Mrs. Reed has worked in many outreach programs and has really been a great asset when it comes to the annual fire safety fair,” Patrick said. “From getting the food lined up, to the entertainment and donations from sponsors, it has grown tremendously.”

“On June 26, 2005,” Patrick said, “Mrs. Reed landed her dream job when she was transferred to the Roanoke Rapids Fire Department. She became our administrative support assistant II. You would think being the only female at the fire department would be a challenge — but not to Helen Reed. She was the perfect person for that position. She is known to the guys as Chief Reed.”

Patrick noted Reed is also a member of the American Red Cross Response Team. “She is there to help families when they are involved in crisis situations such as fires to help find the things they need and help them find a place to stay right after the incident.”

Typically, Patrick said, retiring firefighters get the helmet they used during their careers. What the firefighters did for Reed was pitch in and buy her a Bible because of her strong faith. The firefighters signed the inside of the Bible.

“Mrs. Reed steps up and works whenever or wherever she is needed,” said Patrick. “She has gone above and beyond to keep us straight and makes sure everyone feels welcome.”

Reed told Patrick after she was presented with a plaque and the Bible, “Thank you guys for everything. I think this shows the love we have for one another.”