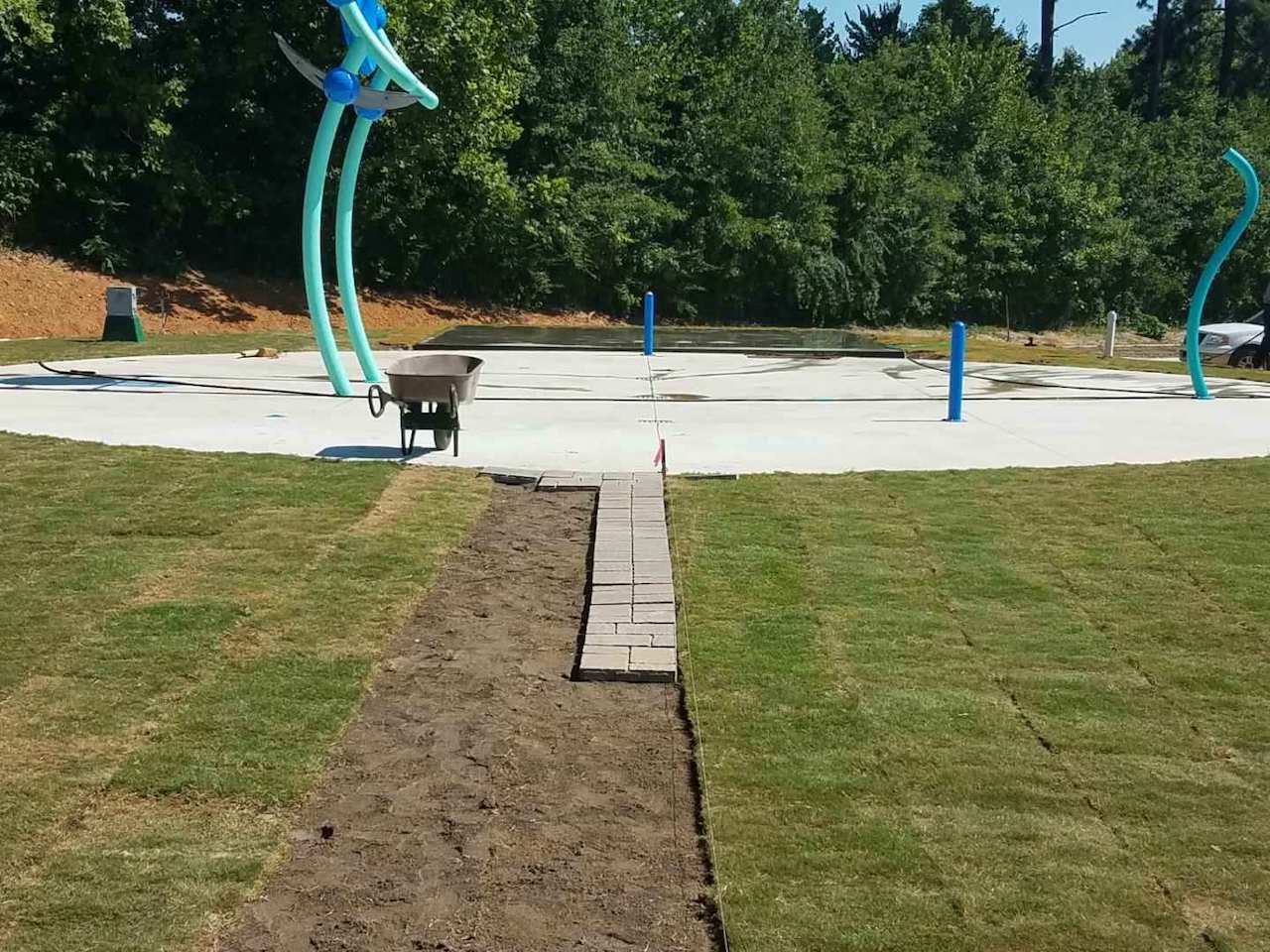 The new splash pad and playground equipment at Chaloner Recreation Center will be open for public use July 13, City Manager Joseph Scherer told council at its meeting this evening.

In his report to the panel he said picnic and shelter concrete pads were poured today along with sod replacement.

The playground equipment and splash will be open on weekends beginning July 13 while work continues on the remaining features. “The contractor plans on everything being completed by August 5, weather permitting,” the city manager said.

The July hours for the water feature and playground equipment will be Saturdays and Sundays from 10 a.m. to 7 p.m., Parks and Recreation Director John Simeon said after the meeting.

Plans on August 5 and afterward are to have the splash pad and equipment for use Monday through Saturday from 10 a.m. to 7 p.m. and Sundays from 1 p.m. to 5 p.m. “We’re very excited to be open July 13,” he said.

Councilman Carl Ferebee also said, “We are very excited. The community is getting excited and awaiting that day. We know it will be used a lot.”

The splash pad has 12 elements, including a scoop-like feature which collects water and then sends it showering downward.

The splash pad and playground are just part of the improvements coming to the recreation center after the city received grant funding from Kate B. Reynolds and the North Carolina Parks and Recreation Trust Fund. There will be new multisport courts for tennis and basketball, a paved walking trail and parking lot improvements.

The project will include picnic shelters by the playground and splash pad.

The elements for the splash pad include above ground spraying features as well as ground level features and the one which douses a large amount of water from the scoop mechanism.

The project came about after the city discovered there were no grant funds available to repair the former swimming pool at the center.