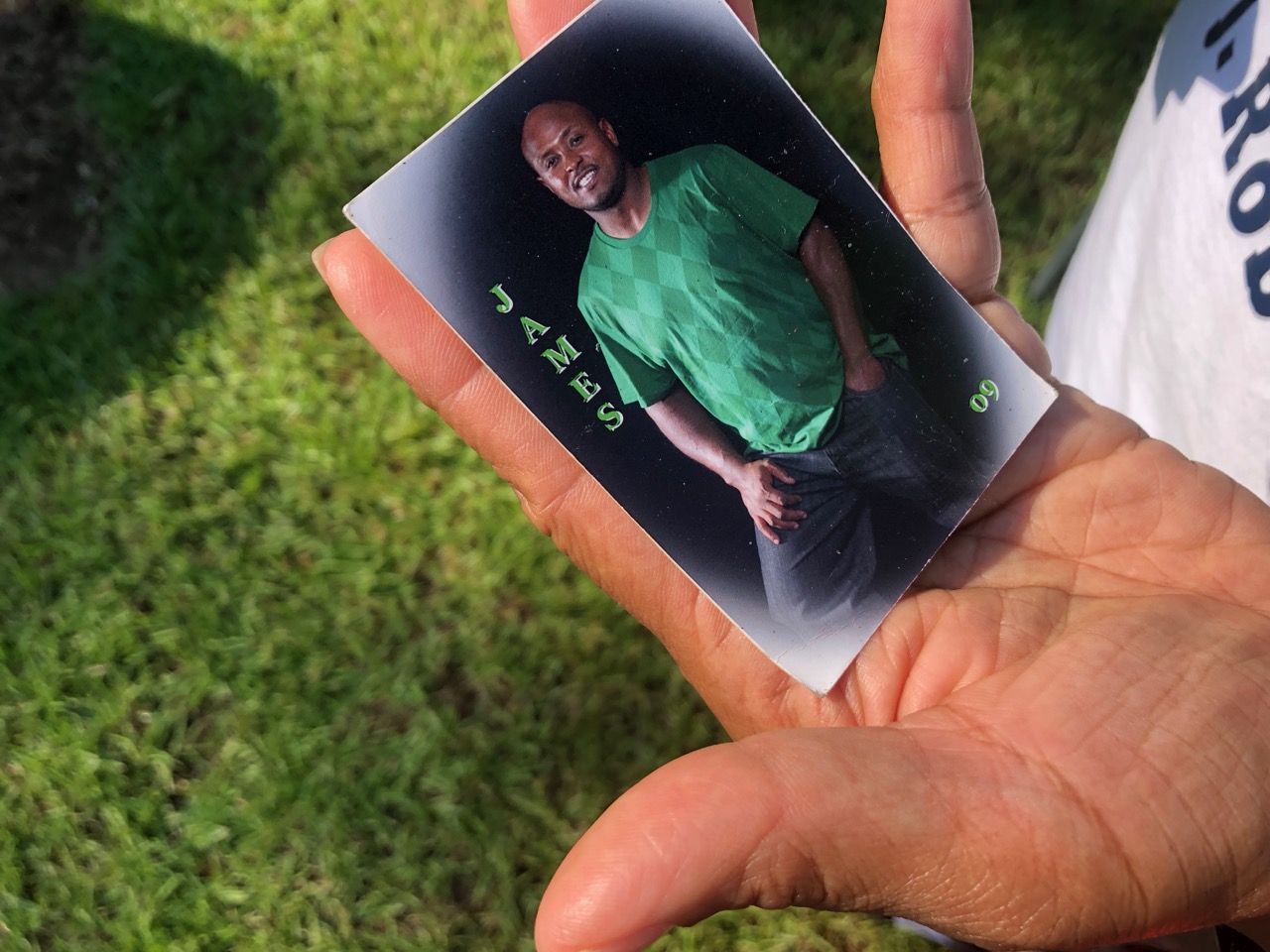 Captain Patrick Jacobs of the Northampton County Sheriff’s Office said there is no evidence to show thus far 49-year-old James Garrick Roberts is in the waters of the Roanoke River. “We’re still doing searches with numerous departments. We still consider this a missing person case and are conducting search and rescue. Nothing has been confirmed he’s in the water.”

Joining the search for Roberts, a loader with Bennett Logging, were the fire departments of Roanoke-Wildwood; Gaston; Enfield and Littleton, Jacobs and Chief Deputy Scott Hall of the Halifax County Sheriff’s Office said.

Halifax County detectives were observed riding a four-wheeler in the area while the Warren County Sheriff’s Office deployed a drone.

Family members sat at a grassy portion of the parking lot.

The area where the boat ramp is located was blocked off to public access and only first responders were observed coming in and out of the area.

His wife, Tammy, said she saw her husband before he was supposed to go to work Thursday morning. He left after 5 a.m.

Tammy said she passed her husband’s job every morning on her way to work. When she looked for his vehicle she didn’t see it.

Tammy is the one who found her husband’s truck near the Gaston bridge with the keys in the ignition, his lunch, wallet and cellphone inside. “He was going through depression. We called (for help) but couldn’t get in until July 30.”

The river, she said, was a place he liked coming to “to clear his mind.”

“We haven’t lost hope,” one of his sisters said.