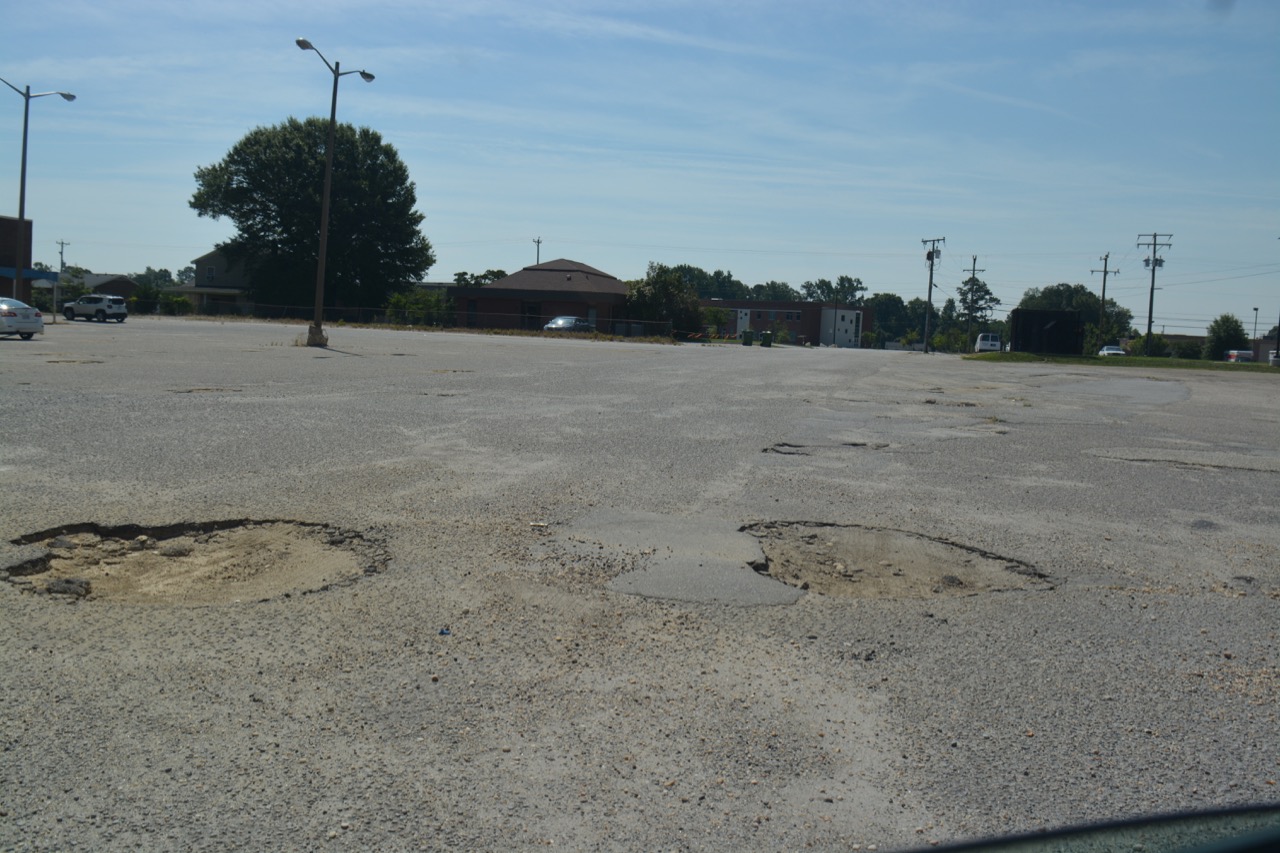 The long-awaited paving project at Forest Hills Shopping Center begins next week, according to one of the business owners at the plaza.

He was referring to the 17 business owners who contributed money to proceed with the project. “It’s remarkable in itself to get 17 people to agree on everything.”

The project, which will be done by Rightmyer Machine Rentals, comes with an estimated $250,000 price tag, Baker said today.

The cost also includes the painting and striping.

Baker has owned the laundry since 1990 and even then the parking lot needed paving, he said.

As late as last year there were issues which compounded the parking lot conditions, city officials said at the time.

One step taken was working on an underground 2-inch wastewater drainage line from a stand alone ice vending machine located near the front of the shopping center facing Tenth Street.

The french drain system of the vending machine apparently failed and caused the system to overflow.

The ice house wastewater line is now tied to a private sewer line which connects to the Roanoke Rapids Sanitary District sewage system.

The city last year said the issue with the ice machine, compounded with years of neglect of the parking lot, potentially furthered the problems with asphalt conditions at the plaza which was built in the 1960s and 1970s.

Baker held off making substantial investments to his laundry until the paving project was set. “Everyone of us should see a huge increase with business. When you let something go down as much as this has, this will be a big improvement. It was definitely hurting my business.”

More renovations are coming, he said. “From floor to ceiling it’s going to be done. The renovations will come fairly quickly. I can’t tell you the amount of frustration that will come off my back when it gets paved. Everyone will start reinvesting in this. We needed this for so long. We can do very well now.”