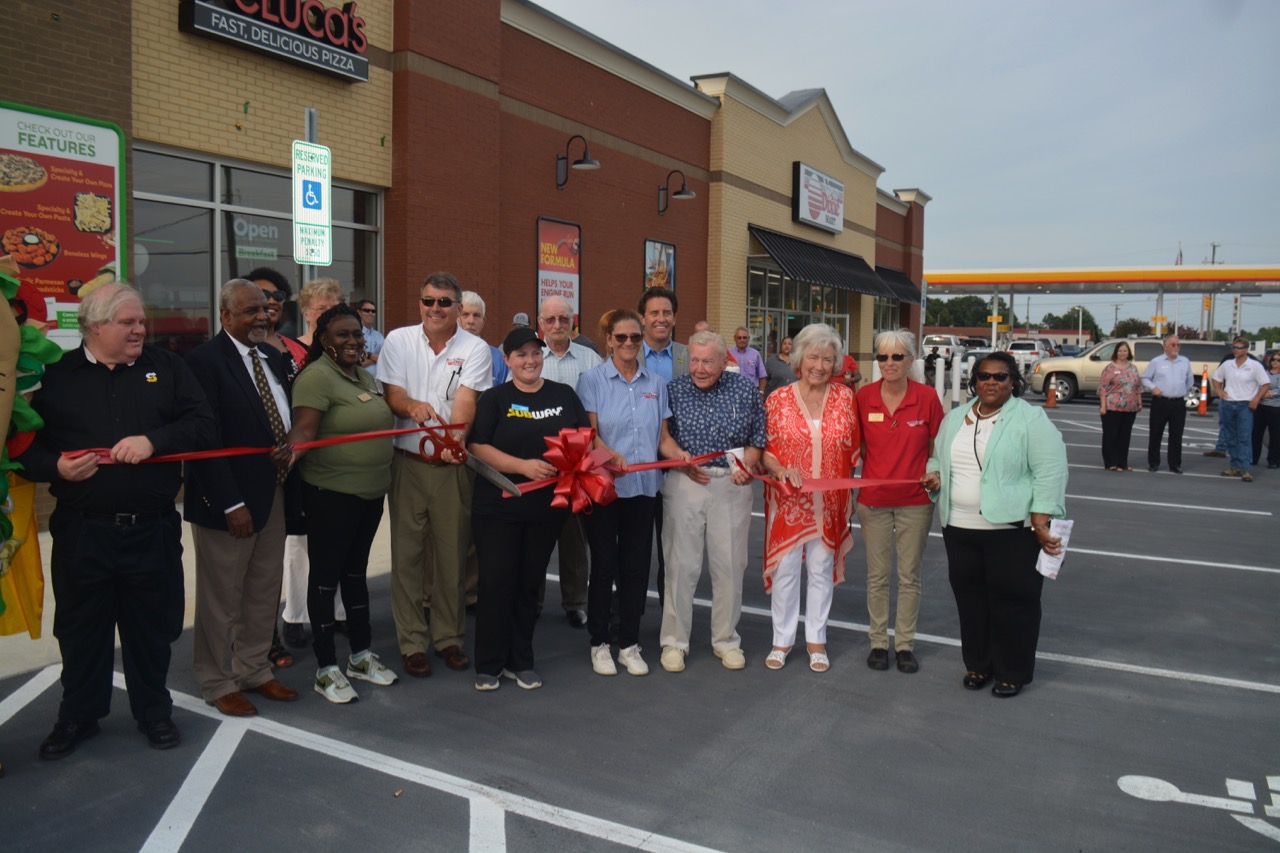 The town of Gaston, Northampton County officials and three chambers of commerce celebrated the opening of New Dixie Mart’s latest store Wednesday — a facility which combines the convenience store with Subway and Mama Deluca’s Pizza.

The store has 16 fueling stations and construction is expected to begin next week on an automatic car wash. The store will be open 24 hours, Aman said.

The store was the former location of Blue Flame and is located at what is traditionally called the top of the hill in Gaston.

Gaston Mayor Alice Delbridge welcomed the audience and thanked Aman and his family for bringing the store to town. “We thank Scott Aman for his vision of this and what this new station will add to the community.”

Said Delbridge: “A town starts to grow with family … You start making friends with one another. You have a vision. He put action behind it. We want other businesses to come be a part of our little town.”

Naming other businesses in town, Delbridge said, “Each one is a stage of Gaston’s growth. Giving our town new jobs means more tax revenue. We’re looking for more business to come and help Gaston to grow.”

Reverend Lane Wallace of Rosemary Baptist, where Aman attends, said before the opening prayer, “I’m proud of all his endeavors including this one.”

Robin Williams, vice president of the Northampton County Chamber of Commerce, thanked Aman for bringing the business to the county and also thanked county commissioners for helping in the effort.

Wells commended Aman for his spirit of entrepreneurship. “That’s what it takes to keep small communities thriving.”

Mama DeLuca’s is a business owned by Subway, Colburn said. “Scott put his heart and soul into this project.”

Aman said the project was completed in 120 days.

He recognized the contractors and subcontractors who worked to make the new store reality.

“It happened with everyone coming together.”

Aman said, “The county and town have been incredible to work with. All the chambers helped put this together and make it happen. For me it’s the team. Scott didn’t do this. New Dixie did this.”

New Dixie has grown to a company with stores in two states and more than 300 employees, Aman said. “It’s an awesome team. We couldn’t do it without them.”

Aman recognized his mother and father and the rest of his family. “I couldn’t do this without a great foundation. I want to give thanks to God, who we try to be stewards of what we’re doing.”