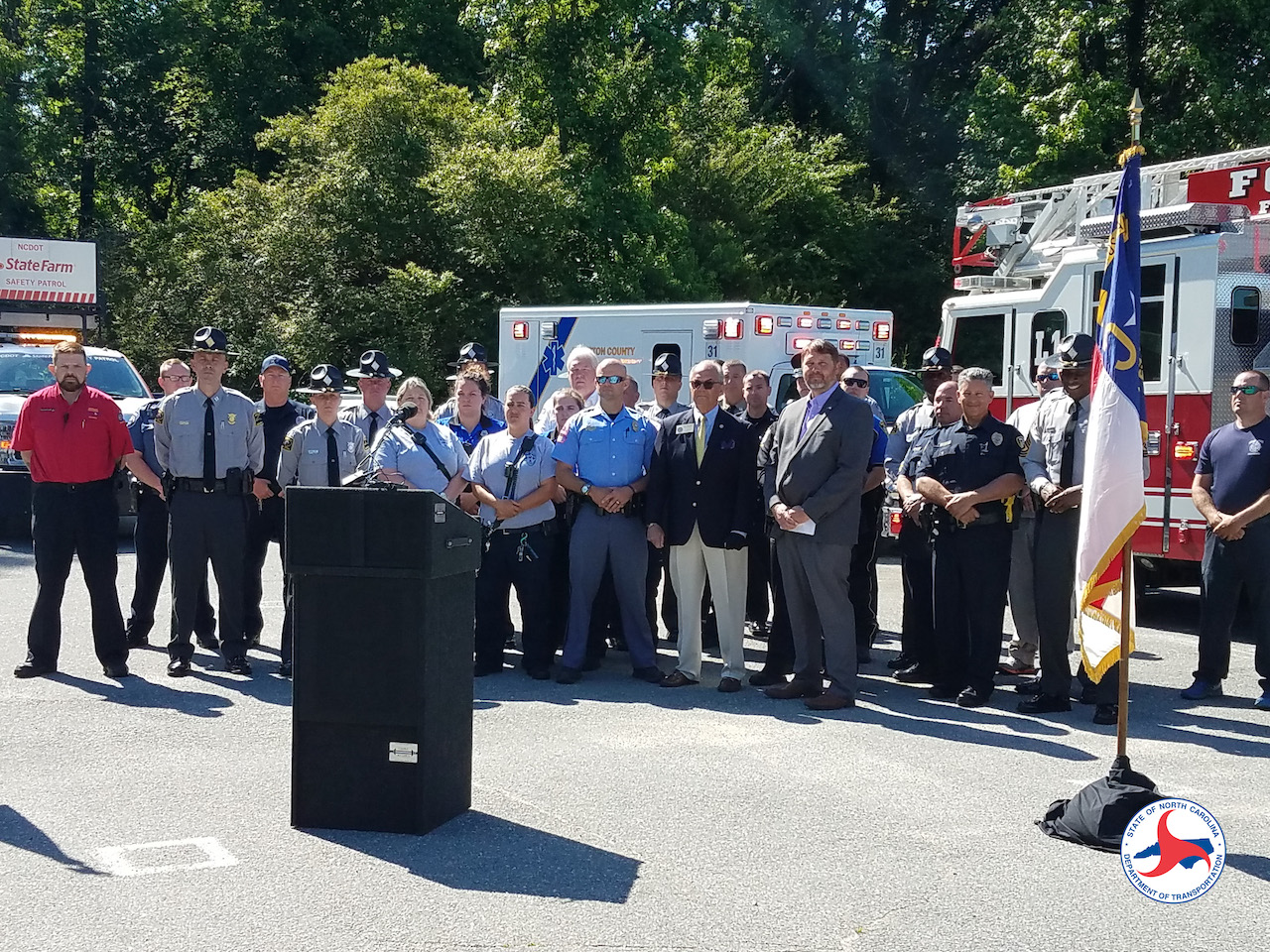 A nationwide campaign to raise awareness of the Move Over Law is underway to coincide with national Peace Officers Memorial Day.

Peace Officers Memorial Day pays tribute to local, state, and federal law enforcement officers who have died in the line of duty. Many of them have been killed alongside state roads due a violation of the Move Over Law.

The North Carolina Move Over Law requires motorists to move over one lane, if possible, or reduce speed for emergency and construction vehicles with flashing lights on the shoulder of the highway.

A campaign awareness event was held Wednesday at the State Highway Patrol station in Johnston County where collaborating agencies such as the patrol, North Carolina Department of Transportation's Incident Management Assistance Patrol program and the Governor’s Highway Safety Program, conducted a saturation patrol, citing drivers who did not adhere to the law.

“Violating the law could result in a $250 fine and more importantly it could result in the loss of life of any worker alongside the roadway,” said state Highway Patrol Captain Joseph Cotton, Troop C Commander in Johnston County.

“This isn’t a gotcha campaign, this is a please spare our lives campaign,” said NCDOT Engineer Ronnie Keeter, who manages construction workers and contractors across the department’s Division Four, which encompasses Halifax, Nash, Edgecombe, Wilson, Wayne and Johnston Counties.

“First responders and roadway workers are placed in dangerous situations all the time, and drivers increase the risk to responders when they zoom by, ignoring the flashing lights and the law,” said Cotton.

According to the National Highway Traffic Safety Administration, so far in 2019, there have been 14 law enforcement officers killed in traffic-related crashes nationwide.

“These tragedies can be avoided through awareness and compliance with the state’s move over law, which is why we are here today,” said Keeter.

“We need the public to change their driving behaviors by simply driving and following the rules of the road,” said Mark Ezzell, director of the Governor’s Highway Safety Program.

In conjunction with the campaign all state message boards will display the reminder message: “Move Over. It’s The Law.”

When you see flashing lights ahead, transportation officials advise motorists do the following:

The safety campaign was organized by the Governor’s Highway Safety Program, which promotes highway safety awareness through grants and safe driving initiatives like: Click It or Ticket, BikeSafe NC, Watch For Me NC, Speed a Little. Lose a Lot, and North Carolina’s Vision Zero initiative.