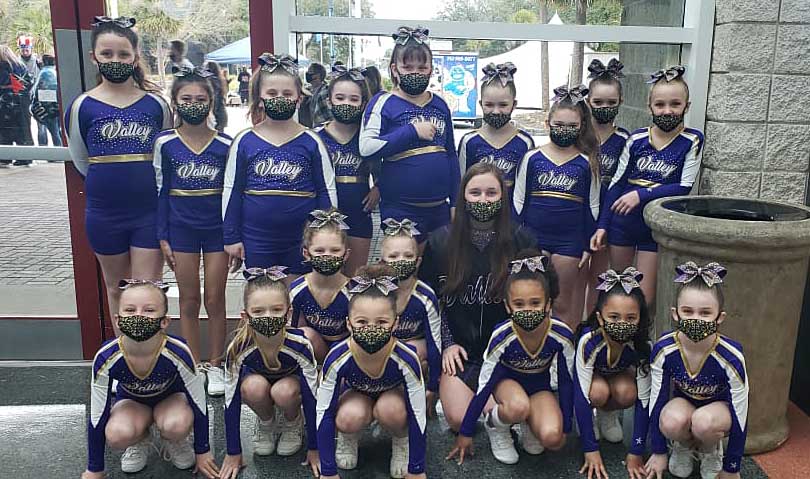 The Senior Bombshells and Youth Diamonds all performed great routines hitting zero deduction routines during one of their performances over the two days of competition.

The Sparkles received National Champions jackets and metals along with their 1st place trophy.