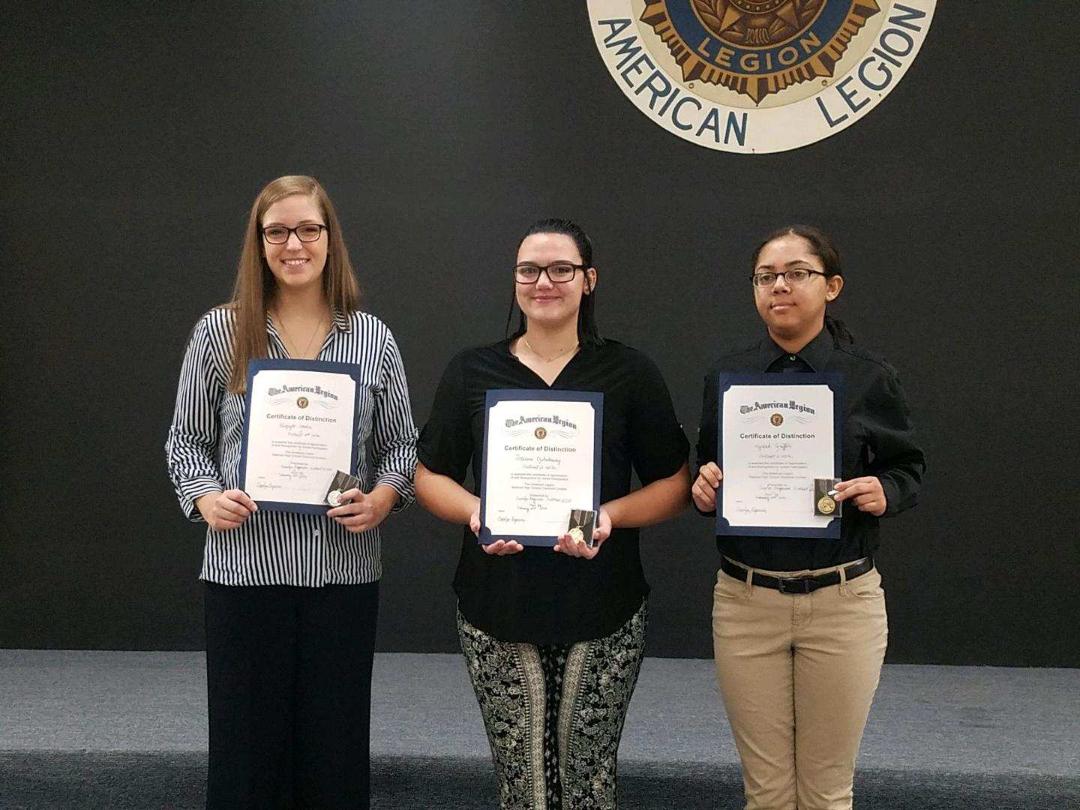 Congratulations are in order to Joanna Duhadaway, a junior at Cornerstone Christian School.

Joanna competed in the American Legion’s High School Oratorical Scholarship Contest and will be advancing to the state level competition.

The oratorical contest required the students to prepare an eight- to 10-minute speech on some aspect of the Constitution of the United States and a three- to five-minute topic discourse on a random, drawn phase of the Constitution.

Scholarships are awarded up to $18,000 at the national finalist level and can be used at any college or university in the United States.

Miss Duhadaway won the local contest on January 19 against seven other students and the district competition on February 2. Both were held in Roanoke Rapids.

Joanna was presented with a $100 cash award.

She will advance to the division competition on February 23, which will offer critiques for her state level involvement.

Joanna’s success comes as no surprise to the students and faculty at Cornerstone Christian.  She is a gifted singer, a member of the Honor Society, participates in the Student Government Association, and still makes time for sports.

She has participated in softball for the past five years and helped our girls’ volleyball team win their Conference Championship.

Joanna states she would like to major in chemical or mechanical engineering in college.

Her Public Speaking class at Cornerstone and the community pray for her continued success as she travels to Greensboro on March 22 and represents us at the state level!

Cornerstone Christian School is located at 90 Wood Store Road, Roanoke Rapids and can be contacted at 252-535-3007.