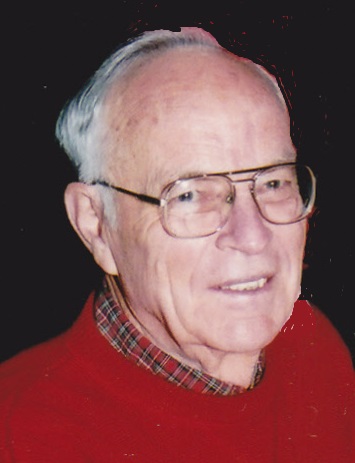 He was born April 7, 1924, in Adsit, VA, as the youngest child of the late Richard Abb Sr. and Jimmie Harris Woodroof.

Woody grew up in rural Northampton County, NC and graduated as valedictorian from Seaboard High School, serving as a student bus driver.

He worked for Carolina Trailways Bus Company in Roanoke Rapids, NC; then, in the early 1950s, began a 37-year career as a rural mail carrier for the U.S. Post Office.  He earned the “Million Mile Award” from the National Safety Council for outstanding performance in driving 1,000,000 miles or 25,000 hours without a preventable accident before his retirement in December 1989.

Woody married the love of his life, Louise Twiddy Woodroof, on December 22, 1947.  Over their 71-year marriage, they were totally devoted to one another. In the early years, they enjoyed going to the beach and traveling, including memorable trips to Key West, FL and Nashville, TN.  After having children, family was their priority. Woody led with a quiet strength and demonstrated his love through service. Whether helping his children with math homework and science projects, coaching church softball, using his handyman skills to help a neighbor or work at the church, he was always ready to lend a hand.  He was a man of faith and served at Rosemary United Methodist Church in many capacities over the years, including Treasurer, Sunday School Superintendent, and Methodist Men co-chief of Brunswick stew cooking. In 2008, he was recognized as an Honorary Member of the Church Council in appreciation of many years of faithful service. After Woody’s retirement, he and Louise traveled to visit family, including multiple trips to Germany, California, Florida, South Carolina, and Virginia.  He enjoyed reading, working crossword puzzles, playing Solitaire, and doting on his grandson and great-grandsons.

The family would like to thank caregivers and staff of Your Life Senior Living of Pensacola, FL for their support over the past year.

Visitation will be Wednesday, March 13, 6:30 – 8:00 PM at Wrenn, Clarke & Hagan Funeral Home and Celebration of Life will be Thursday, March 14, 2:00 PM at Rosemary United Methodist Church.