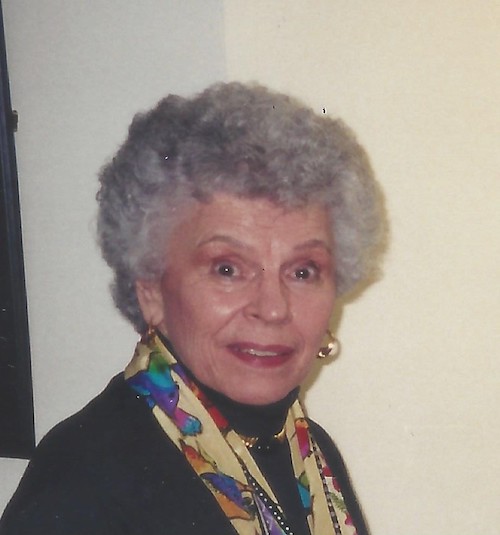 A longtime resident of Roanoke Rapids, NC, Mrs. Cole was preceded in death by her husband of 60 years, Michael Lawrence Cole, and her parents, Jay Junie Newsome and Frances Sears Newsome of Scotland Neck, NC, as well as two sisters and a brother.

She is survived by her daughter, Jackie King and husband Randy King, with whom she was living in Lake Wylie, SC, during the last year.

She is survived by three grandchildren and their spouses:  Lisa and Charles Powe, Warren and Sharon King, Mike and Tracy Dodson, who all called her “Weedie”, along with five great grandchildren.

She loved her special neighbors in Roanoke Rapids.  Curt and Melissa were like family to her.   Linda and Rachel each provided much friendship and comfort to her during the good and bad times over the years.

It is with great appreciation that the family acknowledges the tremendous kindness of Donna and the staff at the Levine-Dickson Hospice House at Aldersgate who cared so continuously for her during the final days.

The family is being served by M. L. Ford & Sons Funeral Home In Lake Wylie, SC

Online condolences may be made at www.mlfordsons.com.

A private memorial service will be held are a later date.

In lieu of flowers, the family requests donations be made in Memory of Jackie Cole to Hospice & Palliative Care Charlotte Region, PO Box 470408, Charlotte, NC 28247, with designation to Hospice House at Aldersgate.