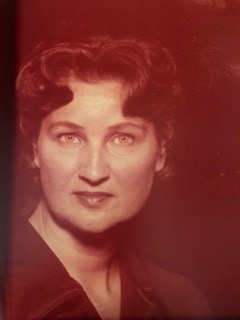 She was the daughter of the late James Robert and Agnes Strickland Smith.

Left to cherish wonderful memories are her sisters; Linda Smith of Wanchese NC, Constance Tudor Cannon and her husband Donald of Lake Gaston, Betty Lou Johnson and her husband Harry of Roanoke Rapids; her brothers Glenn Smith and wife Lou of Roanoke Rapids, Dennis Smith and his wife Kaye of Manteo, NC, and sister-in-law Kay Smith of Gaston, and many nieces and nephews.

Funeral service will be held 2:00pm Saturday, October 27 at the Chapel of Hockaday Funeral and Cremation Service of Roanoke Rapids, which is handling arrangements, with the Rev. Randy Martin officiating.

Burial will follow in Cedarwood Cemetery in Weldon, NC.

The Family will receive friends from 12:00 pm until the time of the services at the funeral home and other times at the home.