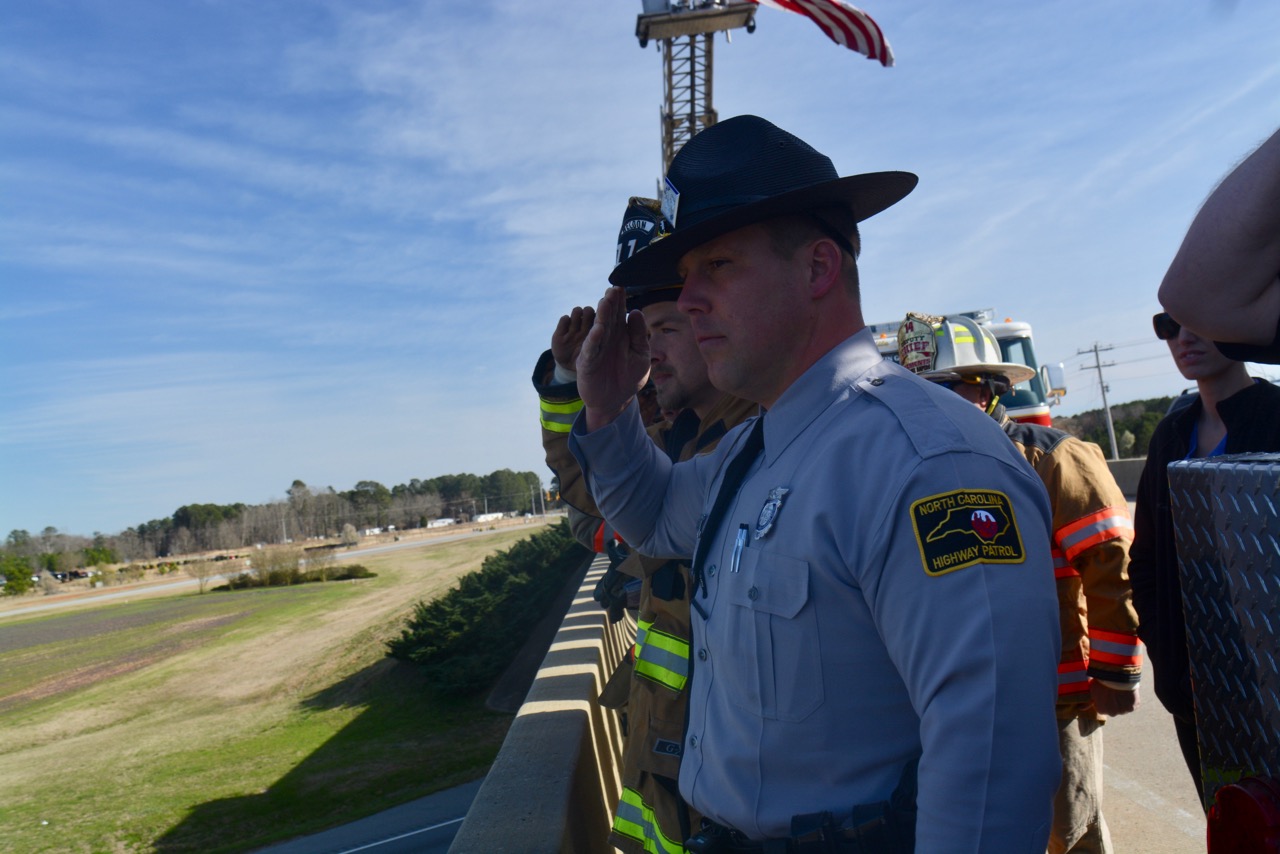 'One of us': Fire chief honored during procession home

Firefighters and law enforcement stood at attention and saluted at the exit 171 overpass of Interstate 95 this afternoon as Atlantic Beach Fire Chief Adam Snyder was taken back to his home.

The Atlantic Beach Fire Department ambulance carrying the 47-year-old chief’s body was to be greeted by firefighters and other first responders across most interstate overpasses in North Carolina until it reached Munden Funeral Home in Morehead City, according to an itinerary.

Fire departments from across the area lined up at their respective overpasses in Northampton and throughout Halifax County.

“It’s to pay homage to a fellow brother,” said Mike Clements, fire, rescue and EMS director at Halifax Community College. “We always talk about brotherhood in the fire department and this is one of them. It’s a small gesture.”

Roanoke Rapids and Weldon fire departments used their ladder trucks to hoist the American flag high above the overpass.

“It’s a brotherhood,” said Weldon Chief Rusty Bolt. “It’s to honor people who put their lives on the line. Whether they lost their life in an accident, it cost them their life. We’re just here to honor him.”

Roanoke Rapids Fire Department Chief Jason Patrick said he took classes Snyder taught. “He came down here about 15 years ago and taught a surface water rescue class sponsored by the Office of the State Fire Marshal. He was an excellent teacher.”

Patrick said Snyder was active in the North Carolina Firemen’s Association. “He was a real nice fellow, down to earth and friendly. Even though he didn’t die in the line of duty, we still owe it to him to show respect and honor. He was one of us.”