On Friday at approximately 7:55 p.m., officers B. Council and J. Shelburne were stationary in the old Rite-Aid parking lot monitoring traffic when they noticed a Honda Accord turn onto Julian R.  Allsbrook Highway.

The officers recognized the driver and knew him to be unlicensed.

The officers attempted to stop the driver, who reportedly sped away and drove through the Walgreens parking lot and then onto South Street and Drake Street. The driver then led the officers back to Tenth Street and then Smith Church Road where the driver crashed near H.D. Pope Funeral Home and damaged a fence.

The occupants of the vehicle — two men — fled following the collision and were not apprehended. 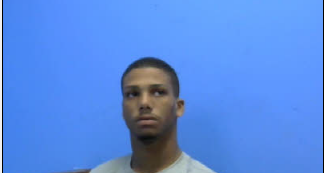 One of the men was identified as Devin Johnston, 21, of Roanoke Rapids.

Marijuana, cocaine and paraphernalia were found in the vehicle and warrants were obtained on Johnston for the following charges: Felony flee to elude, felony possession of schedule II, felony maintain a vehicle/dwelling /place for controlled substances, possession of drug paraphernalia, simple possession of marijuana, resist delay and obstruct, injury to real property, fail to heed for lights and siren, reckless driving to endanger, speeding, driving while license revoked, fail to stop for stop sign, and leave the scene of an accident.

The other male has not yet been identified.

Anyone with information on the location of Johnston, who frequents the South Rosemary area, or anyone with other information is encouraged to call the police department at 252-533-2810 or Crimestoppers at 252-583-4444.

This morning at approximately 12:28, Officer N. Velazquez responded to the area of Highway 48 about people passed out in a vehicle in the middle of the road.

Velazquez, with assistance of Officer C. Batchelor, tried to get the people to respond by tapping on the window.

The officers eventually got the driver and passenger to wake up enough for them to open the car door.

Velazquez noted both people were not very coherent and possibly under the influence of a substance which impaired their judgement.

Velazquez placed the driver, identified as Matthew Blythe, 18, of Roanoke Rapids, under arrest for DWI. He was carried before a magistrate where he was formally charged with DWI.

Blythe received a court date of March 5 and was released to the care of a parent.

Batchelor assisted with the passenger of the vehicle and during the search located a Xanax bar beside the seat where the passenger was seated.

A Xanax bar, Martin said, can be broken into different pieces and looks similar to Pez.

The bottles had labels on them belonging to someone else. Tops rolling papers were also located.

The passenger’s identity is being withheld due to him being a juvenile.

Batchelor recognized the juvenile needed treatment due to the effects of the reputed narcotics.

Detective Obert Wiltsie reported there have been several rental home scams across the area.

These scams include listing houses in the area for rent on websites such as Trovit.

Some of the houses are legitimately for rent however not by the person advertising them.

In several reports the scammer has posted occupied houses as being for rent.

The aim of the scam is to have the potential renter send money through either Western Union, Green Dot cards or other means without ever meeting.