On Thursday around 6:30 a.m. Officer J. Wind responded to the area of Highway 125 and the interstate about a reputed kidnapping. Officers learned later there was no kidnapping but that the man who ended up being arrested placed a bogus call that a woman who left with two others did so willingly.

Martin said the four got a room in the area to facilitate the storage and sale of drugs and possibly prostitution. The three left the man charged, Jonathan Toolin, 30, of Fayetteville, who had reported the kidnapping. 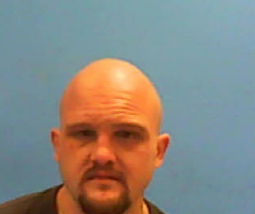 Lieutenant J. Baggett received information that the Nash County Sheriff’s Office had the suspect vehicle stopped on Interstate 95 with the woman and the two men she left with.

Martin said the stop yielded “valuable information” in regard to the alleged kidnapping.

Nash County deputies located an unknown amount of narcotics in the vehicle. Further details of the Nash County investigation were not immediately available.

Officers learned not only did Toolin give false information on his identity but that the woman left with the others willingly.

Toolin was charged with resisting, delaying and obstructing for giving a fake name, an order for arrest from Fayetteville, possession of drug paraphernalia, and giving a false report to an officer.

Master Officer D. Newsome, Detective J. Shelburne, and Officer D. Harrison assisted. “We would also like to thank the Nash County Sheriff’s Office for their assistance in regards to the stop of the vehicle,” Martin said.

On Thursday around 8:30 a.m. Officer C. Roberts was on patrol in the area of West Fifth near Jackson streets when he noticed a vehicle driven by a person who was known to have a suspended license.

During the stop Roberts advised Michael Carter, 37, of Roanoke Rapids, that he was driving on a suspended license. 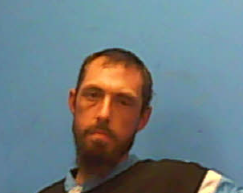 Harrison arrived to assist and deployed his dog Borys to do a check of the vehicle. The dog gave a positive indication for the possible presence of narcotics in the vehicle.

A 30-30 rifle, .22-caliber Magnum Derringer and a blue jar containing a white crystal substance believed to be meth was concealed in the vehicle. Approximately .30 grams of meth was discovered.

Carter was charged with possession of schedule I, carrying a concealed weapon, and driving while license revoked.

Passengers were not charged.

On Thursday around 8:45 p.m. Officer H. Baker responded to the area of Hinson and Brickel streets about a person who had broken into a barn.

Baker discovered a man identified as 30-year-old Travis Peffer kneeling behind a table on the other side of a locked gate. 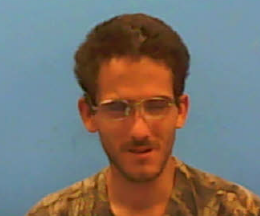 Peffer, who was ordered to exit, came out without trouble.

Officers discovered how entry was made into the barn. They also found drug paraphernalia and a white substance believed to be fentanyl.

Peffer, of Roanoke Rapids, was charged with felony breaking and entering, possession of schedule II, and possession of drug paraphernalia.

The officers discovered 1 milliliter of fentanyl and several needles when they checked the man and the surrounding area.