Martin said there has been no evidence thus far that bills seized from Michael Garrett, 27, have been passed. 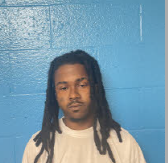 The stop occurred shortly after 8:15 a.m. when Officer J. Melvin noticed a vehicle approaching him on Old Farm Road and Rivers Edge Parkway going faster than the posted speed limit.

Melvin stopped the vehicle and learned the license tag had been reported stolen. Garrett, of Roanoke Rapids, was also found in possession of counterfeit bills — 51 $100 bills and 10 $1 bills.

Garrett was charged with possession of five or more counterfeit instruments, speeding, no operator’s license and possession of stolen goods.

On Tuesday shortly after 10 a.m. Langley responded to a business in the 1200 block of Julian R. Allsbrook Highway about potential shoplifters.

Langley was familiar with the person the business described — Joshua Jackson, 34, of Littleton — but the man did not have any stolen items on him. 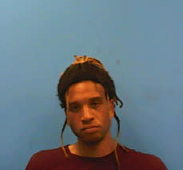 Jackson did have outstanding warrants and when advised he was under arrest fled from officers, running into a wooded area.

Officers established a perimeter and Captain M. Moseley tracked Jackson through the woods and took him into custody.

“I would like to commend members of A squad, the narcotics unit, and the criminal investigations division for the good work in apprehending this subject,” Martin said. “I would also like to thank Vidant police for their assistance as well.”