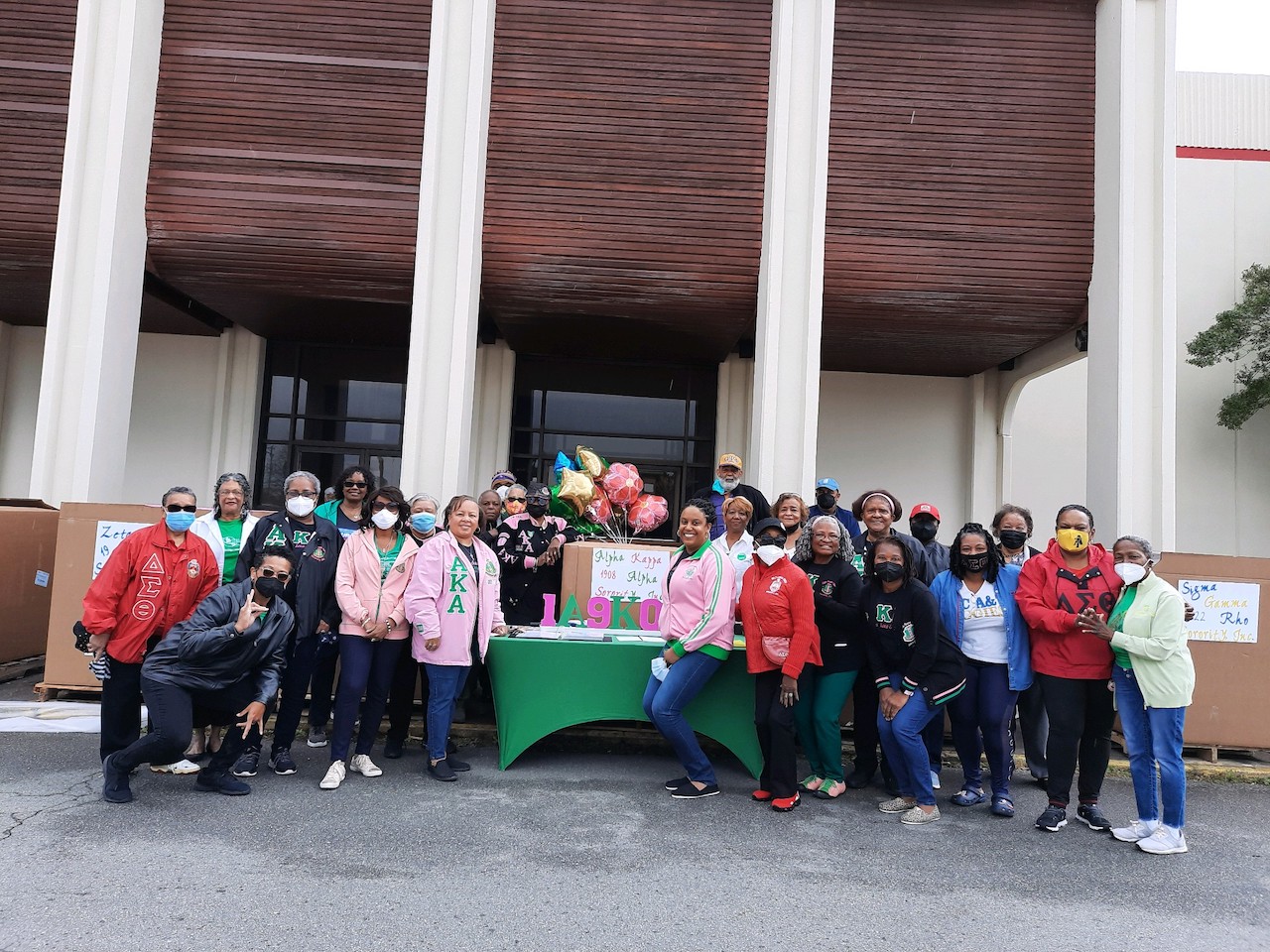 The food drive was a special project sponsored by the chapter under Target 5: Global Impact on April 8th, the AKA Community Impact Day at Becker Village Mall.

Community sororities, fraternities, and other community organizations were invited to support the cause.

Family, church and community members came from all areas of the Roanoke Valley to put canned foods and non-perishable items in the bins.

“The output from the various communities was overwhelming,” said Waynette Kimball, president of the KIO chapter.

“You all really did an outstanding job in just 6 hours,” said food bank truck driver DJ.

At the end of the day, members of the Roanoke Rapids-Enfield Alumnae Chapter of Delta Sigma Theta Sorority were acknowledged for having the most food in their bin.

The fraternity with the most filled bin was the Tau Beta Beta Chapter of Omega Psi Phi Fraternity.

As part of the current international programs of Exemplifying Excellence Through Sustainable Service under the leadership of Dr. Glenda Glover, international president, supporting Target 3: Building Your Economic Legacy —  Go Get It food truck from Wilson was available to sell their food to community members and supporters.

As the day’s activity culminated, each of the organizations was presented a certificate of appreciation from Georgette Kimball, chapter food drive manager and global impact committee member.

The day ended as the guests watched as their bins were loaded on the food bank truck.

The food Bank has confirmed over 5,200 pounds of donations, providing over 4,300 meals for the community, were collected.

“Our sincerest appreciation is extended to all of our community partners who assisted with our food bank project,” Waynette Kimball said. “Many thanks to all who assisted in making this project an awesome success.”