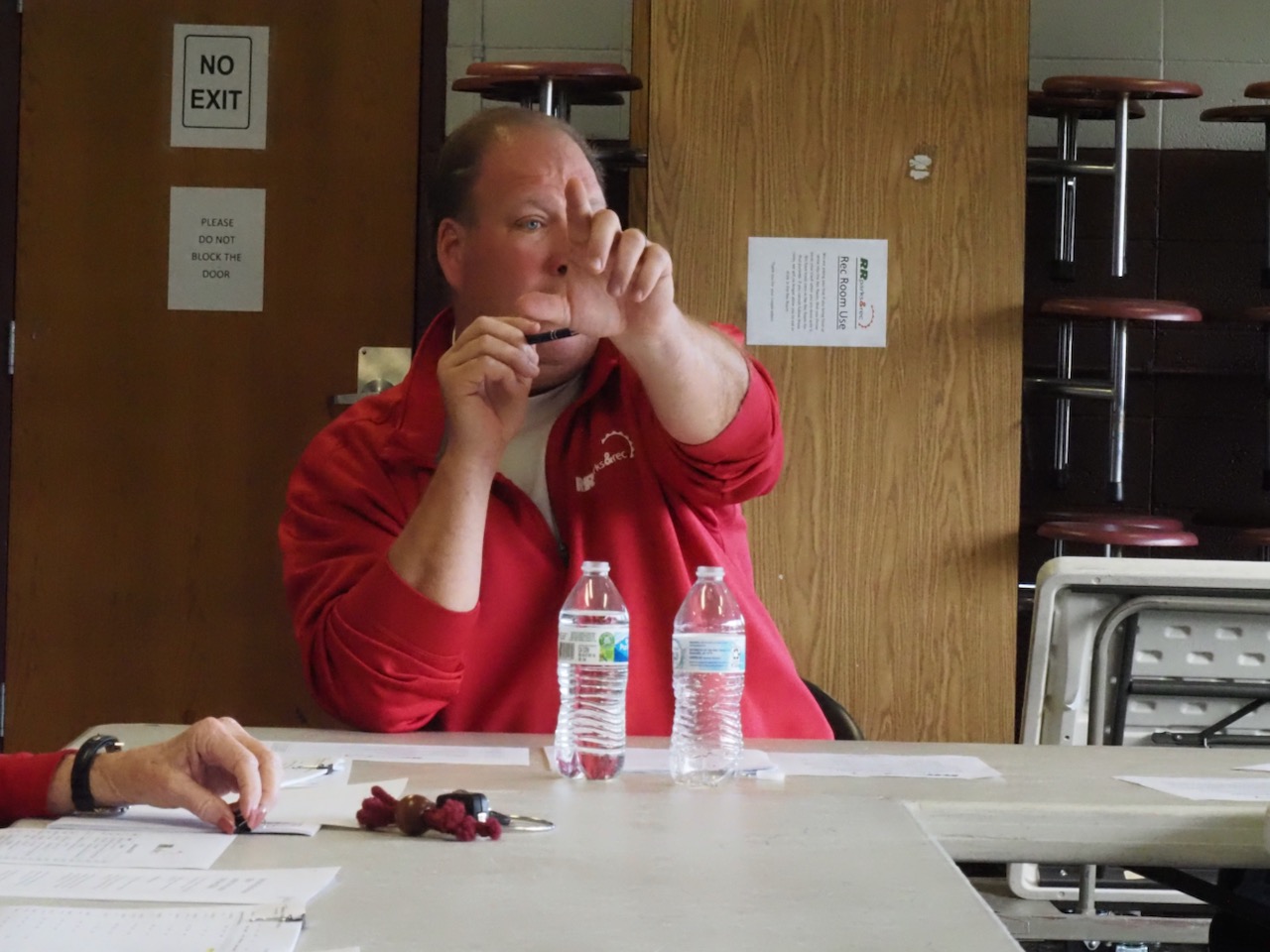 A parks and facilities resource officer is the top priority of the Roanoke Rapids Parks and Recreation Department as budget presentations continued Tuesday.

“Safety has become the department’s biggest priority,” parks Director John Simeon said in documents prepared for the work session which was held at T.J. Davis. “(I) request this position be filled before any frozen positions.”

Simeon said one full-time and three part-time employees have quit because they have not felt safe at work.

In the last month Simeon said the following has occurred:

A 17-year-old was arrested at Chockoyotte Park for possession of a stolen handgun and drugs while girls youth softball practice was occurring.

The Chaloner Middle School resource officer forwarded a message from school administration that individuals were going to settle a dispute at T.J. Davis while JV and varsity baseball games were being played. This occurred soon after an unrelated stabbing at the Manning Elementary School track involving juveniles.

During Christmas individuals vandalized parking lots and neighborhoods, some hiding under cars and in carports and banging on doors.

There are multiple phone calls weekly regarding safety, vandalism and motorized vehicles on the Roanoke Canal Trail.

There have been numerous phone calls for police assistance at youth sporting events at Ledgerwood and Chockoyotte.

The position is common in other municipalities, some smaller and some larger than Roanoke Rapids. They are often referred to as park rangers.

He is requesting $55,600 for the position, which would be a sworn law enforcement officer.

Overall, Simeon said, “We are failing at aspects of our mission statement,” which is to provide well-rounded programs or activities for all ages by providing safe, attractive and clean parks and recreation facilities.

Simeon said the air conditioning chiller at the center is currently operating on backup mode just to keep it operable. Parts are no longer available for the unit which was originally installed in 2000.

A new unit at a cost of $45,000 is requested, he said, because the current unit is subject to fail at any time.

Estimated to cost $172,300, the three frozen positions are a T.J. Davis supervisor, a library operations supervisor and a Canal Museum manager.

The T.J. Davis supervisor is first on Simeon’s list. “This position is critical to our operations for T.J. Davis, Kirkwood Adams and supervision of the administrative office.”

He said the supervisor is the direct contact for all patrons, renters, and staff for both T.J. Davis and Kirkwood. “Currently with this position frozen the department has no summer youth camps and limited times Kirkwood patrons can register.”

Simeon said he would further discuss the library operations supervisor and museum manager once revenue projections are available.

The parks director is proposing to demolish four courts and resurface two courts at Emry Park. This would include fencing and painting, a project estimated to cost $80,000.

The courts would not be lit due to costs and the park closing at sundown. “T.J. Davis courts are (lit) for any play beyond dark,” he said. “Emry Park tennis courts have been closed for several years for safety reasons.”

The courts were built in 1977 and have deteriorated beyond the ability to play. They have also become a safety hazard and eyesore. The standard lifespan of a tennis court is 20 years.

At Rochelle Park Simeon is asking for $38,000 to resurface the one court. To demolish the court would be around $10,000.

The Rochelle Park tennis courts have been closed for several years for safety reasons. They were built in the mid 80s and are in similar condition to Emry.

Simeon has requested $33,000 for an administrative vehicle for T.J. Davis and the same amount for a T.J. Davis maintenance vehicle.

The current administrative vehicle is a 2000 Ford which was passed down from the police department. The vehicle has issues maintaining oil, air conditioning and has other issues. “In the last five years this vehicle has had 36 work orders at public works.”

Simeon is requesting $12,000 for live streaming equipment and software at the Lloyd Andrews City Meeting Hall.

The system will replicate what the city’s school system uses for their meetings as well as in several churches.

This system and its software would be used in conjunction with YouTube instead of Zoom. “This equipment would allow easy access for citizens, council members and staff,” he said. “We would no longer have to sign you in (and) it would be the same YouTube channel for every council meeting.”

This would replace the existing equipment used for Zoom streaming — a system he said doesn't allow for good viewer audio or display. “Those (who) currently use this (the YouTube) equipment are very satisfied with its operation.”

A master plan within the previous five years is required to apply for Parks and Recreation Trust Fund grants, he said. The department’s current master plan falls outside of this window.