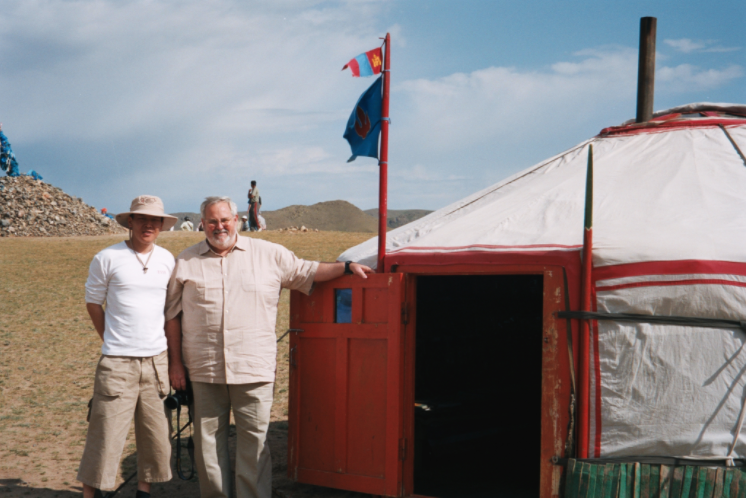 The memory of Reverend Samuel W. Dixon is strong and at work in the First United Methodist Church of Roanoke Rapids a decade after the former pastor and denominational mission leader died of injuries caused by the 2010 earthquake in Haiti.

The Roanoke Rapids congregation has donated $25,000 in Dixon's honor to the United Methodist Committee on Relief to assist survivors of the August 14 Haiti earthquake, which killed more than 2,000 people, injured thousands more and left 1.5 million homeless.

The quake on Haiti's southern peninsula was followed by torrential rain from Tropical Storm Grace.

Dixon was director of UMCOR at the time of his death a little more than a decade ago. He was in the Caribbean country in January, 2010 with an ecumenical group exploring options for improving the economy in the acutely poor country.

Bishop Thomas Bickerton, president of UMCOR, said, "Sam Dixon is one of those contemporary sisters and brothers in faith who stand with the saints and martyrs of old in blessing us after their passing. It's not a matter of funds but of the fact that you can't say 'thank you' enough to Sam Dixon. His death had strokes of tragedy; his life was remarkable in faith, brimming with hope and steadfast in love. He affected and affects us."

In announcing the donation, the leadership team of the Roanoke Rapids church said, "We have been blessed beyond our dreams and wish to assist Haiti which Sam loved so much. It is our hope and prayer that this gift helps meet the needs of the people of Haiti."

Dixon was pastor of the Roanoke Rapids church in 1996-98, immediately prior to his joining the staff of UMCOR. He held several top executive positions in Global Ministries before becoming head of UMCOR in 2007.

The 2010 earthquake killed some 230,000 people and devastated most areas of Haiti.

Dixon and companions were trapped for 55 hours in the rubble of the collapsed Hotel Montana near Port-au­ Prince. Dixon died before he could be rescued.

Another Global Ministries' executive, the Reverend Clint Rabb, who was in charge of the volunteer in mission program, also died of earthquake-related injuries. Other staff and former staff, some injured, survived.

The First United Methodist Church of Roanoke Rapids is a mission-minded, prayer-centered congregation focused at present on two-maxims, according to a church statement, "count our blessings" and "do no harm."

The Reverend Tracy C. Sexton is the current pastor.

Dixon's wife, Cindy, continues as a member of the church.

The leadership of First United Methodist of Roanoke Rapids said, “Sam was a true friend to all. His death was a tremendous loss, but his life was and continues to be an even greater inspiration.”

rrspin contributed to this report