The Weldon Police Department reported the following, according to Chief Christopher Davis:

A Weldon man was charged Friday night with possession of more than 60 grams of marijuana and more than $5,000 in currency and a weapon was seized.

The stop occurred around 11:30 p.m. as Officer M. DiPietro was patrolling the area of East Fourth and Maple streets.

The officer observed that the operator of a vehicle, a man identified as Antoine Delmont Williams, 42, failed to stop for a stop sign at the intersection of Fourth and Sycamore streets.

Williams was stopped at the intersection of Sixth and Sycamore streets and DiPietro reportedly observed plastic bags with marijuana inside and also detected the strong odor of marijuana inside the vehicle.

During a probable cause search a large amount of individually packaged marijuana, a Ruger handgun, and currency was found.

Williams was placed under arrest and taken before a Halifax County magistrate.

He faces charges of carrying a concealed weapon, possession of a firearm by a felon, possession with intent to sell and deliver marijuana and failure to stop for a duly erected stop sign.

On Saturday shortly before 6:30 p.m. Corporal S. McKimmey observed a man he knew had outstanding orders for arrest — Brandon Eugene Armstrong, 34, of Weldon. 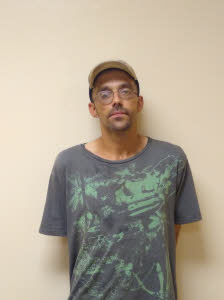 While McKimmey was placing the man under arrest, Armstrong dropped two items from his pocket.

He was charged with possession of cocaine and received a $1,750 secured bond and a Wednesday court date. He was also served with outstanding orders for arrest.

On September 23 he is scheduled to appear in district court on charges of misdemeanor larceny, misdemeanor possession of stolen goods and misdemeanor and aid and abet larceny.