A Roanoke Rapids man who allegedly went on a crime spree Thursday was taken into custody after crashing a stolen vehicle. 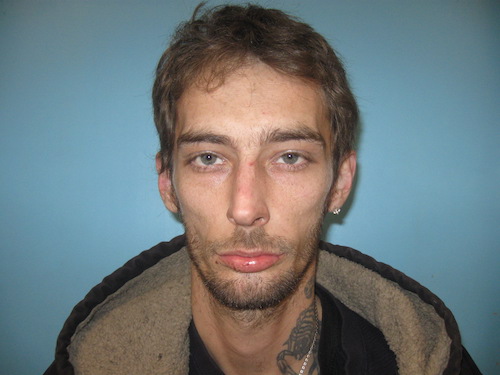 His ultimate arrest, Hall said, was the result of “great sheriff’s work” from deputies, their sergeant and lieutenant.

The case began when Sergeant Roy Ball and Lieutenant Steven Casey began investigating two break-ins which were reported earlier in the day, Hall said in a statement.

That investigation led Ball to obtain warrants for the arrest of Curley.

After leaving the magistrate’s office with warrants for arrest on Curley, deputies were called to Sunset Crest Lane outside of Roanoke Rapids regarding the armed robbery of a person. Casey responded and deployed his canine, Torro, on a track left by the suspect.

The suspect’s track led Torro and Casey to a residence near Radar Circle where the suspect stole a vehicle and fled from Casey.

Casey provided a description of the stolen vehicle to responding deputies which was later spotted by Ball.

The suspect, later learned to be Curley, was operating the stolen vehicle and led Ball on a vehicle pursuit.

Curley was taken into custody on Smith Church Road near Pearson Hill Road after he crashed the vehicle.

Said Hall: “Every deputy who worked on this case including Sergeant Ball and Lieutenant Casey performed great sheriff’s work.”

Three counts larceny of a firearm

Robbery with a dangerous weapon