The Weldon Police Department reported the following, according to Chief Chris Davis:

On Sunday shortly before 2:30 p.m., Officer N. Coles was dispatched to the area of Sycamore and Ninth streets for a 911 open line.

Coles spoke with a woman who stated she called and claimed the man with her had marijuana on him.

The man, Elijah Couch, 24, of Weldon, handed Coles a plastic bag containing marijuana. Investigation revealed Couch also threw a handgun in the bushes before he arrived.

The handgun was recovered by Coles.

Couch was placed under arrest and taken before a Halifax County magistrate where he was charged with simple possession of Schedule VI. 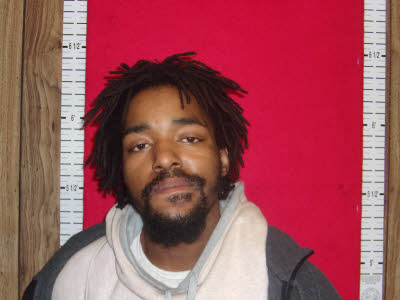 On Friday shortly before 1 a.m., Mason and Coles responded to the 400 block of Maple Street on a breaking and entering call.

They spoke with the victim and discovered several items were removed from the residence including baby shoes, a  flat screen TV, other electronics, an undisclosed amount of money and other articles of clothing.

He obtained a warrant for his arrest on charges of  breaking and entering and felony larceny.

Meanwhile Sunday shortly before 7:30 p.m., Sergeant  L. Melton, Coles and Officer A. Burgess located Anderson in the area of Sixth and Maple streets.

Anderson fled but was later apprehended at a residence located in the 200 block of East Fourth Street.

Anderson had an outstanding order for arrest for a misdemeanor probation violation.

He was placed under arrest and taken before a magistrate where he was charged with misdemeanor probation violation, breaking and entering and felony larceny.