A man listed as a probation absconder by the North Carolina Department of Public Safety was arrested and charged Tuesday night after shots were fired from a vehicle in which he was a passenger. 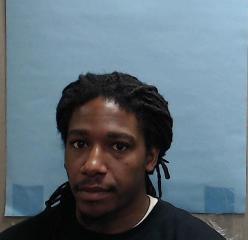 Roanoke Rapids police Chief Bobby Martin said this afternoon investigating officers learned Sean Lucas, 38, of the Asheville area, has been evading probation and parole for the past one to two years.

Martin said his ties to the area were not immediately clear. He also said there appeared not to be an intended target of the shots which were fired.

In a statement Martin said Officer J. DeSare was stationary near East Tenth Street and Carolina Avenue around 11 p.m. when he noticed a vehicle go by his location and three shots were fired.

The officer, with assistance from officers J. Horne and C. Majette, conducted a traffic stop.  During a search of the vehicle, a handgun, marijuana, scales, unspent ammo and fired casings were located.

Investigation showed Lucas had an outstanding order for arrest by state probation and parole.