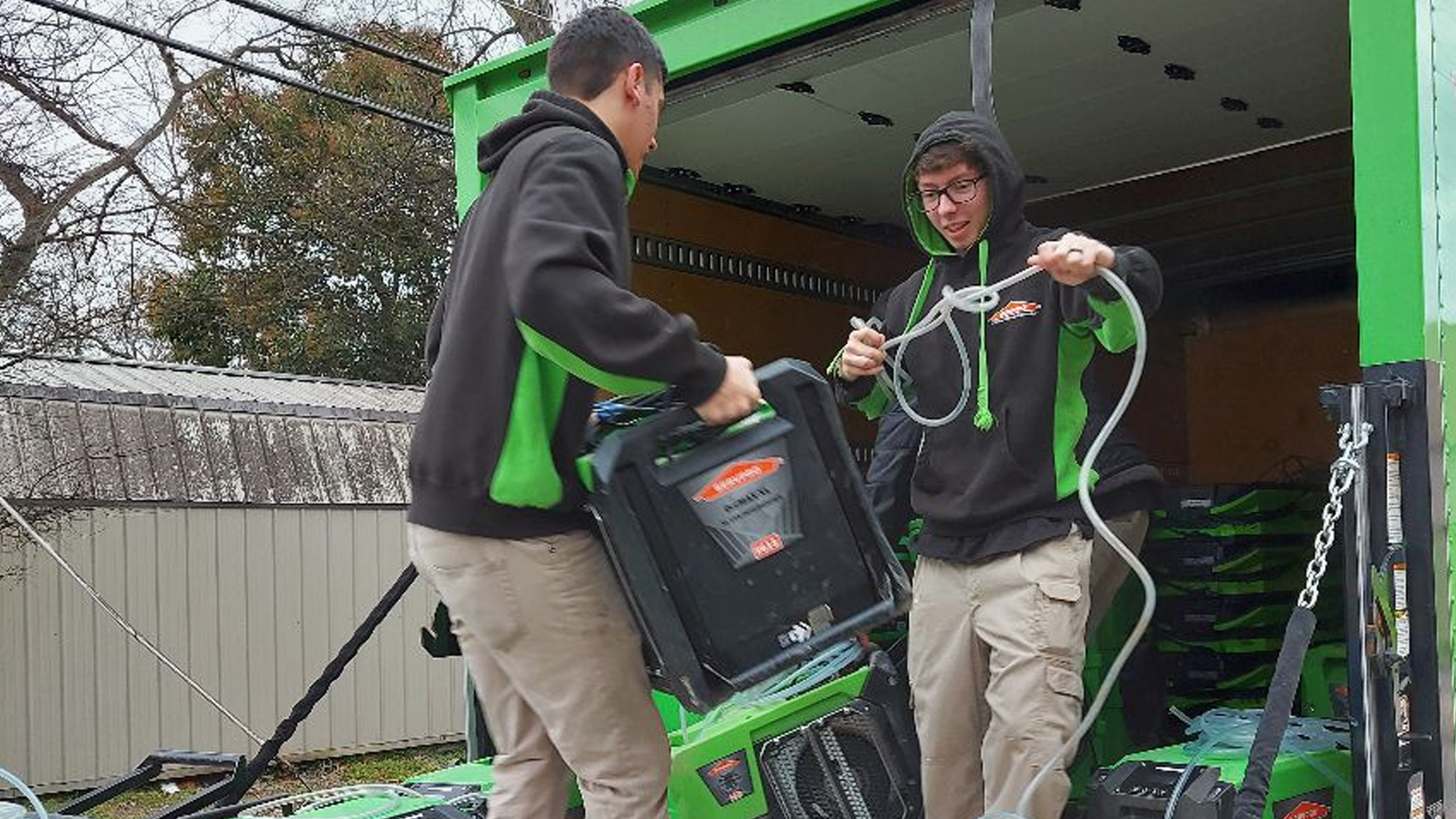 Servpro has sent three of its Roanoke Rapids employees and three more from its Washington office in Beaufort County to Tyler, Texas, to assist in repairs from devastating ice storms which have crippled the area.

The Roanoke Rapids office dispatched Logan Long, Shane Moody and Austin Lassiter to first meet in Washington with three more employees before they made the trek to Texas. They left Roanoke Rapids this morning and will be gone for three weeks. “I think it’s great we can do this and spare the people. I hate it for those people in Texas,” Phillips said.

The Associated Press reported Sunday a warm-up in hard-hit Texas was expected to last for several days.

But the AP also reported deaths attributed to the weather include a man at an Abilene health care facility where the lack of water pressure made medical treatment impossible. Officials also reported deaths from hypothermia, including homeless people and those inside buildings with no power or heat. Others died in car crashes on icy roads or from suspected carbon monoxide poisoning.