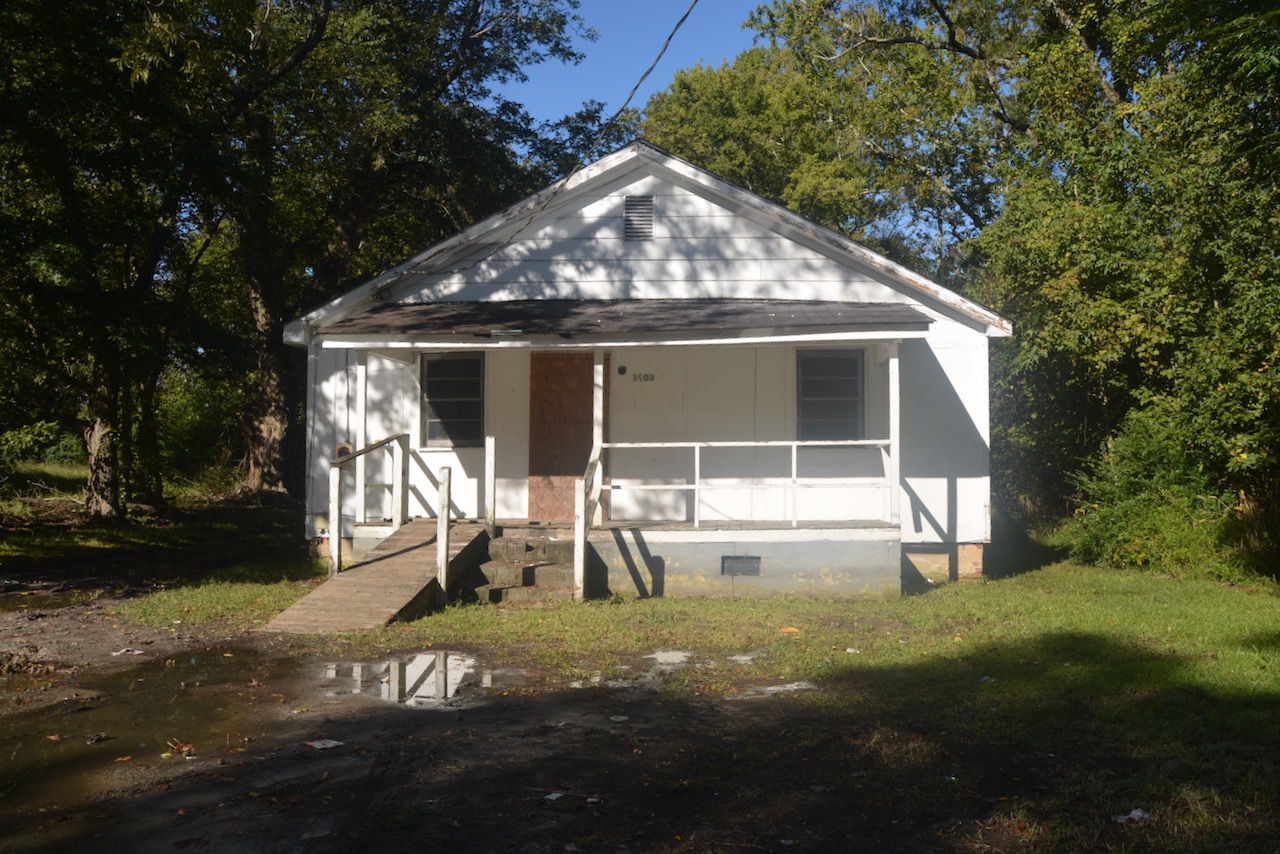 Special enforcement efforts are underway in the areas of Church and Carter streets following a shooting which injured a driver and sent stray bullets into the glass door of a church last week.

Martin said earlier Tuesday that he has been in touch with the owner of property in the area. “I’m happy to report that he has agreed to work with the police department on such things as abandoned houses.”

Both streets have been problem spots in the city in the past. “There was a brief time it had calmed down,” Martin said in an interview during a ride-along through the area last week. “Over the last year we’ve seen an uptick.”

The vehicle shot at last week was leaving Carter Street which, like Church Street, is one way in and one way out. The victim of the shooting has not cooperated.

One abandoned house where guns and ammo were found and two people were charged has become a hangout spot as has a vacant lot.

Snack food bags and beverage bottles are left behind in the lot and at the house. At times drug dealers hide their goods and ammo in these bags.

“Not everybody down here is bad,” Martin said last week. “We have a criminal element causing the problems.”

Martin said Tuesday as soon as he talked with the property owner, “He was right on board. That’s what it takes — getting help from the community. When I say we know there are people dealing drugs, we are going to find the ones dealing drugs and make arrests.”

But, he said, arrests can’t be made on a whim. There is a process and investigation. “We definitely have a lot of good people I feel remain silent out of fear. We want to let the silent majority know they can reach out to us.”

In his report to council, Scherer called the enforcement in the Church Street and Carter Street areas as well as several other parts of the city “an aggressive plan to curb violence” and that  “Additional officers are patrolling areas where illegal activities have occurred. These patrols will be conducted at different dates and times with the goals to either apprehend people in the act of committing crimes or encourage criminals to leave the area. Their initial actions were very successful in apprehending wanted felons, seizing a large amount of drugs and other illegal items and receiving numerous thank you messages from neighbors.”

In the first phase of the operation dubbed Stop the Violence on Friday and Saturday, the police department reported the following activities by officers C.W. Batchelor, J.C. Horne and M.J. Hunsucker:

“Through the entirety of the first two days of this program created by the RRPD, we were able to apprehend three wanted persons with warrants for arrest or orders for arrests; filed 20 total state charges; seized a trafficking amount of fentanyl; over $3,000 US Currency and various paraphernalia.

“Throughout the time spent proactively policing the area of Church and Carter streets no serious/violent crimes were reported in that area. Neighborhood residents showed support and appreciation of LEO making an attempt to eliminate the current violent crimes being committed there,” a memo about the operation said. “Operation Stop the Violence was successful.”

The city manager also expounded upon the meeting Martin had with the owner of property on Church and Carter streets whose vacant houses “were allegedly being used by drug dealers and other alleged criminal elements. They have agreed to take the necessary steps to help clean up the neighborhood by demolishing houses and other activities to secure properties to keep people out of their houses. Additional police patrols will also be implemented in the area to help with the decriminalization of the neighborhood.”

Councilman Carl Ferebee, whose district includes the area, said, “I thank the police department for increasing patrols in Church and Carter. I think it’s well needed and I appreciate that.”