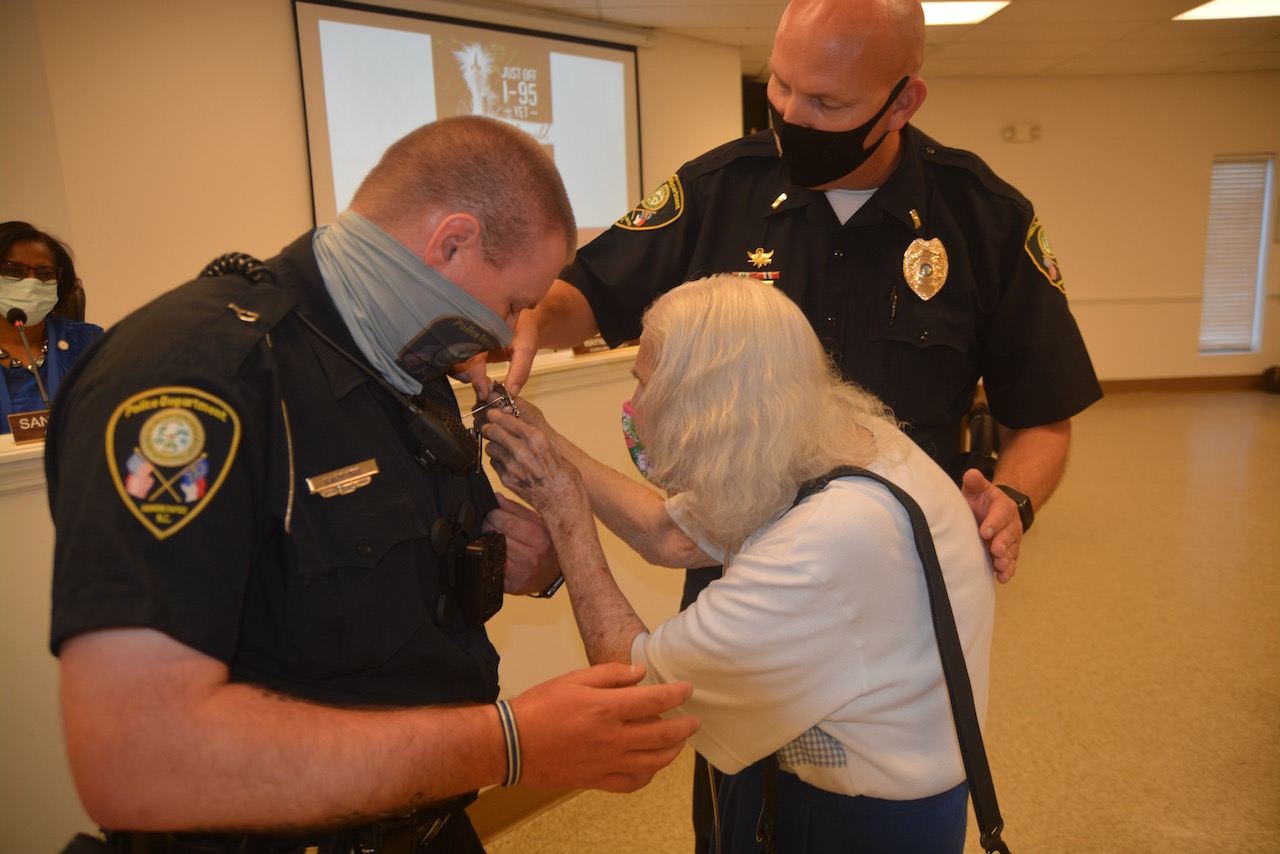 Lieutenant Bruce Norton, a 28-year veteran with service in Weldon and the last 25 years in Roanoke Rapids received his certificate.

Captain Jamie Hardy who has 15 years experience with the Roanoke Rapids Police Department and is currently second in command and oversees the Criminal Investigation Division received his certificate.

Lieutenant Adam Salmon received his certificate. He has more than 18 years of service with both the Warren County Sheriff’s Office and has spent the last eight years with Roanoke Rapids.

Jared Melvin was hired March 1 and was pinned by his mother, Cheryl Melvin.

Andrew Radford was hired in December and was pinned by grandmother, Dean Taylor.

Austin Bradley was hired in December and was pinned by his mother, Crystal Temple.