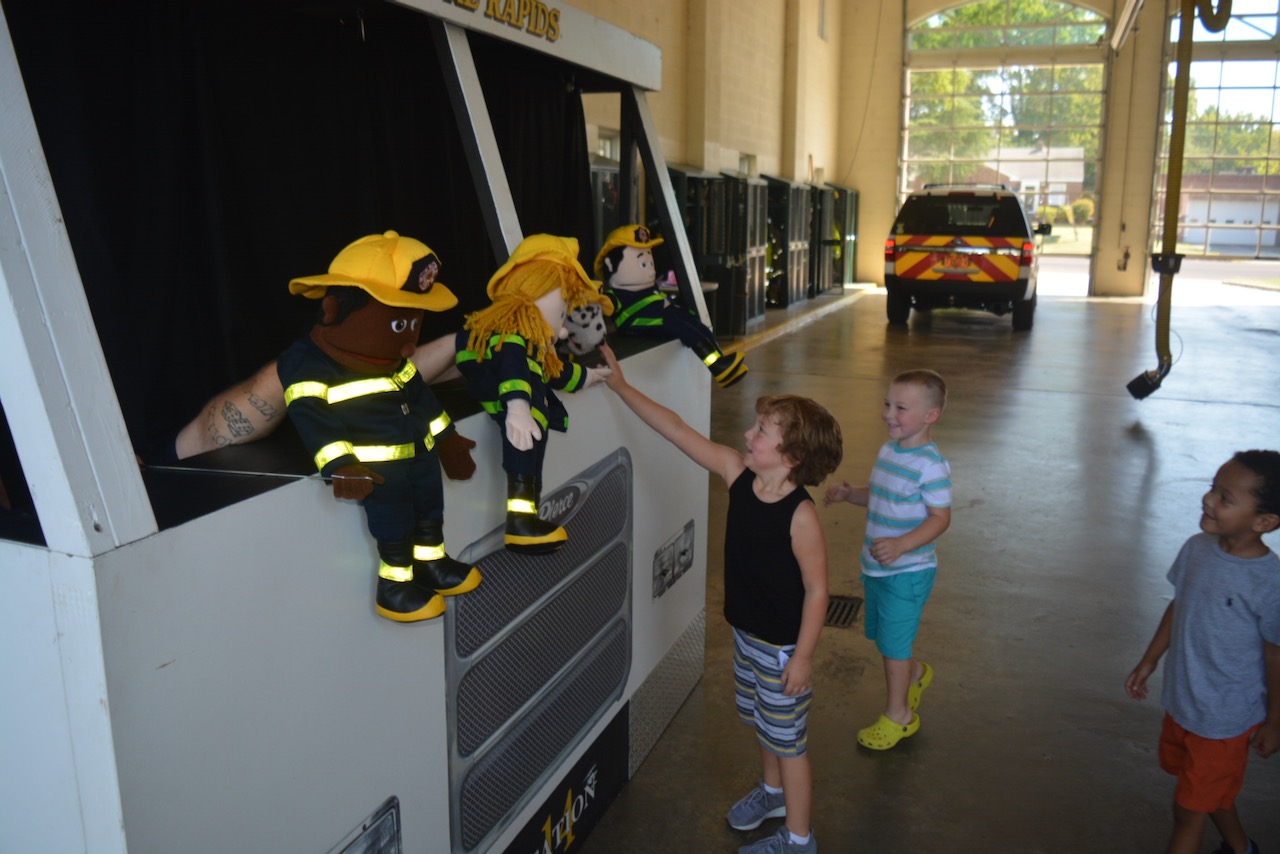 The Roanoke Rapids Fire Department is monitoring the situation with the possibility of elementary schools reopening next month and will base any decision moving forward with face-to-face annual fire prevention sessions on what the city’s school board decides.

While a week in October is set aside for fire prevention education, Butts said Thursday because there are so many schools in the area, the fire department extends their visits over the course of a month.

With the COVID-19 pandemic, the fire department began planning in April to use a virtual format to get the message of fire safety and prevention across.

Kindergarten and first-graders will view a virtual puppet show while second- and third-graders will get virtual station tours created by Firefighter Ben Sloan.

The puppet show will feature a twist this year, Butts said. “Last year we purchased a new series of songs and we have some dialogue.”

The characters will remain the same.

The songs become etched in the children’s memory, Butts said. “My son still sings the songs. They make a tremendous impact on the schools.”

In the gallery: Photos from previous fire prevention programs:

Battalion Chief B.J. Harris said children from previous programs will remember the participating firefighters as well as the lessons they take away from the sessions. It’s unknown how fires may have been prevented through the programs.

Harris remembers when the fire station was across the street from the current one on Roanoke Avenue and he would attend the fire prevention programs. “It is impactful. It stays with the kids a long time.”

The fire department has coordinated the programs with the school system, Butts said.

The one thing missing from the presentations this year will most likely be the fire safety house, commonly referred to as the smoke house.

Second- and third-graders got to go through it.

But a new fire safety house awarded to the fire department through a FEMA grant is coming. “COVID slowed down production,” Butts said.

The earliest estimation of delivery is either December or January. “We should have it by next year,” he said.