A former Scotland Neck town employee was charged today with embezzlement after reportedly stealing $153,000 from the town.

The money came in the form of payments for residential and commercial electricity, sewer, water and other services provided by the town, Chief Deputy Scott Hall of the Halifax County Sheriff’s Office said in a statement.

The crime was reported six months ago, Hall said this evening and came after the town found discrepancies in its audit. 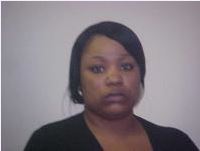 Hall had no comment on the reasons why Charlesa Kishauna Creek, 29, of Rocky Mount, reportedly took the money.

He said at this point none of the money has been recovered and it is unclear whether any can be recouped.

In the statement Hall said Creek had worked with the town from November of 2016 until this past January and was responsible for processing payments.

Investigation by the sheriff’s office criminal investigation division shows the embezzlement occurred from May of 2018 until last December.