A Roanoke Rapids woman was arrested and charged Saturday for burning a camper trailer and personal belongings of the victim on June 4. 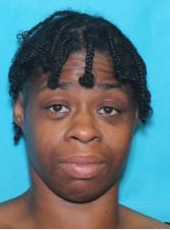 Chief Deputy Scott Hall of the Halifax County Sheriff’s Office said this morning it is believed the burning of the camper is related to an apparent dispute between the victim and the person charged — Katrina Harvey Mason, 36.

Hall said the camper was destroyed by the fire.

In a statement Hall said on June 4 deputies responded to Bowser Street where the camper was ablaze.

Assistance from the community led Detective R.B. Biggerstaff in obtaining warrants for the arrest of Mason on two counts of burning personal property.

She was also served a warrant for assault inflicting serious injury in an unrelated case.

Hall had no immediate information on the assault case.

Mason received a $2,000 secured bond and a court date is scheduled for July 15.