Katoe Harris Jr., of Roanoke Rapids, who also frequents the Weldon area, faces charges of two counts of trafficking in heroin; possession with intent to sell or deliver heroin; possession with intent to sell or deliver fentanyl; two counts possession of schedule II controlled substance; possession of drug paraphernalia; and maintaining a vehicle for a controlled substance. He was also served an outstanding order for arrest out of Halifax County for no operators license. He posted a $60,000 bond and has a June 3 court date. 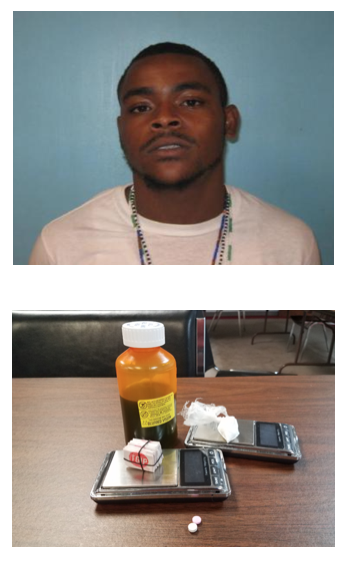 Captain Jamie Hardy said in a statement the events leading to his arrest began after A Squad officers were dispatched to the intersection of highways 158 and 48 with fire and EMS.

Officers were initially unable to locate evidence of a crash but were notified one of the vehicles involved was attempting to leave the parking lot of a nearby business.

The vehicle had front end damage.

Officer H. Grimes stopped the vehicle operated by Harris as he attempted to leave the parking lot.

Grimes deployed her dog Jimi and a further search of the vehicle led to the discovery of additional contraband.

The police department is investigating two separate larcenies of boots from Tractor Supply.

The boots were taken from the store after the security device was removed.