A man charged in a breaking and entering and robbery in the 300 block of Franklin Street will go through the court system as an adult, Roanoke Rapids Police Chief Bobby Martin said. 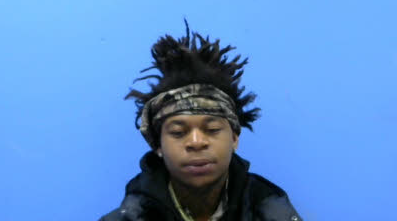 He was also charged with carrying a concealed weapon and possession of a stolen firearm after a weapon was found after transporting him to the magistrate’s office. He received a $15,000 bond for those charges.

The police department had previously reported Williams as a juvenile, according to the state’s new raise the age initiative. However, the new does not apply to 18-year-olds.

Williams was arrested and charged Saturday night after officers D. Newsome and C. Hagbourne recognized him at Fairwood Lanes shortly before 9.

The officers knew he had outstanding warrants on him for the so-called home invasion.

Williams was approached and placed in handcuffs after the warrant was verified.

Martin said police are still trying to identify three or four other people who were involved in the breaking and entering.

They are also trying to determine who shot into the same residence the morning of November 26.

Martin said last week, according to the victims, four armed men wearing dark clothes and masks entered the home and took items of value while keeping the occupants at gunpoint.

Among the items taken were currency, jewelry, console games and a wallet.

The shooting at the residence occurred around 1:45 the morning of November 26.

There was no one injured and no suspects were located.