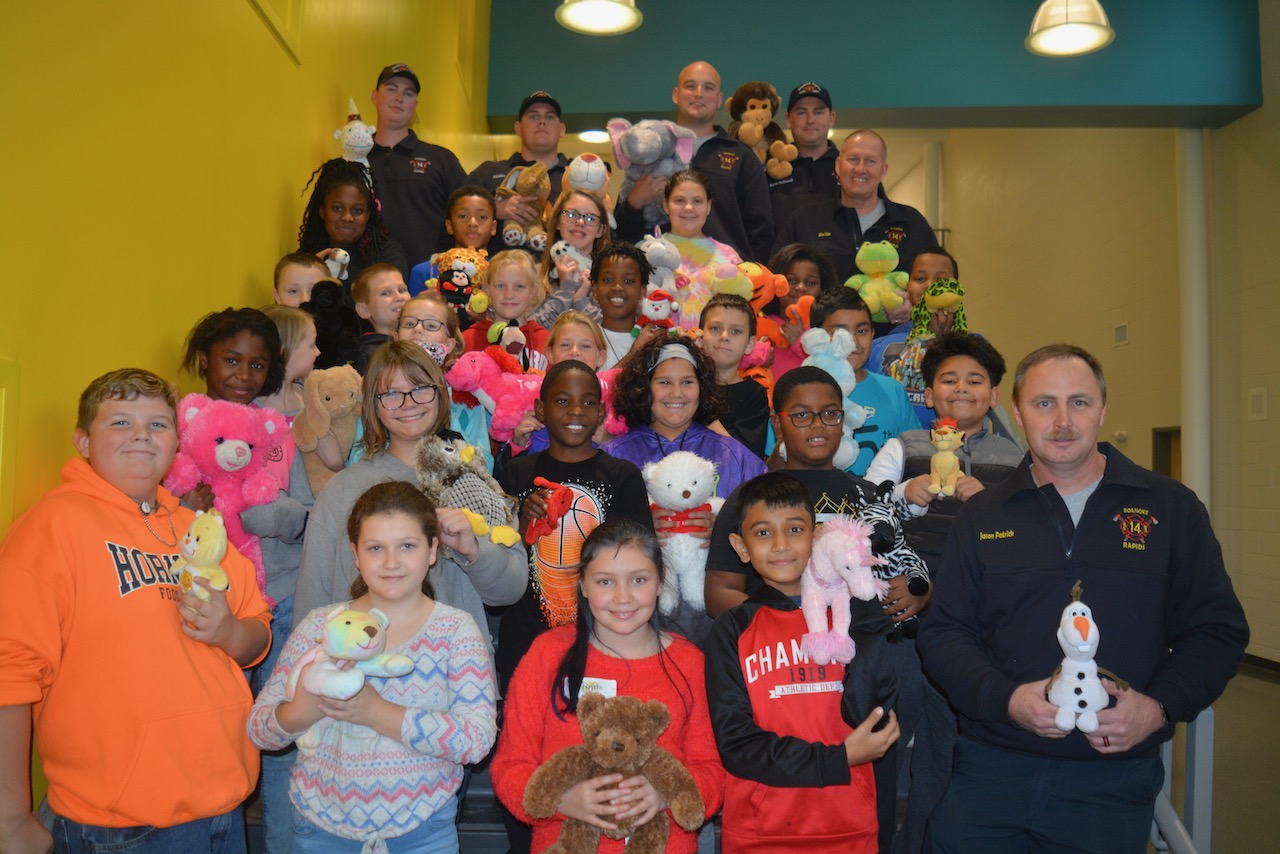 Fire Chief Jason Patrick said the animals will be carried onboard vehicles to give to children who are under stress from vehicle crashes, house fires or other emergencies.

Fifth-graders collected the animals but all grades contributed to the effort, she said.

A line graph on display in the lobby of the school charts the donations and helps the students hone math skills, Horton said.

For fifth-grade teacher Lori Jenkins, this year’s collection effort was special. “It touched my heart. I’m a volunteer firefighter. I’ve been in those situations. It’s nice they’re willing to help others in bad situations.”

Patrick said he was pleased with the effort of the students. “I think it’s a great thing they’re doing to teach kids to give at an early age. It will be great to give a kid something like this if they’re in a house fire or car wreck. It maybe comforts them a little bit.”

Firefighters try to keep stuffed animals in trucks and the department has had other residents bring them to the station. “Something like this gives them a little bit of comfort.”