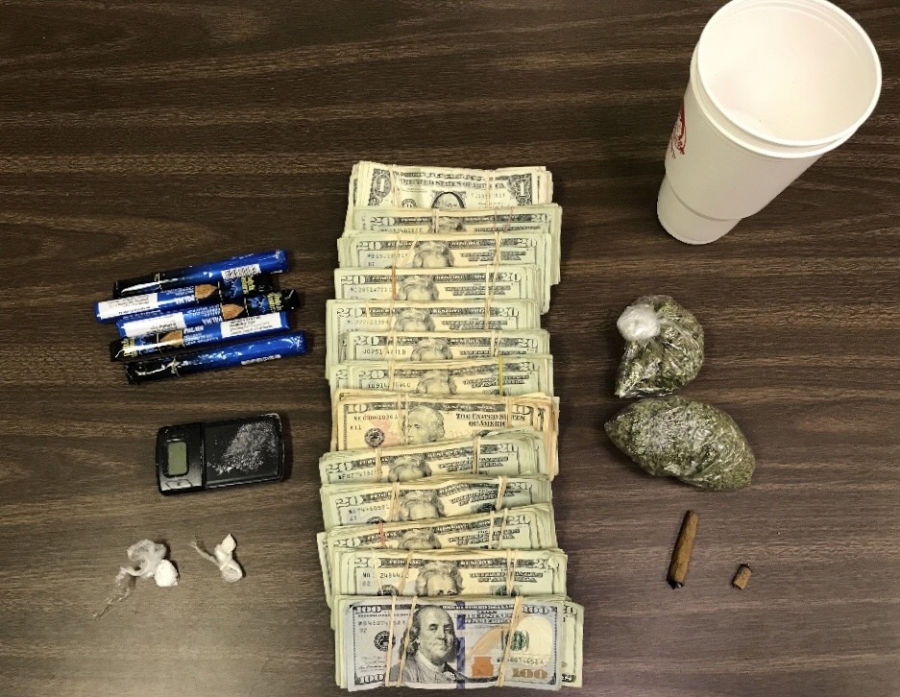 A Roanoke Rapids man was charged with fentanyl possession Monday afternoon while investigators were following up on a drug complaint in the area of Vine Street.

Hardy used his dog Storm to conduct a sniff of the vehicle Heustess, 26, was driving and narcotics were found inside.

Heutess was arrested and charged.

Approximately 34 grams of marijuana, cocaine and currency was seized on Monday shortly before 2 p.m. at a Dickens Avenue home.

Captain A.M. Harris said in a statement the narcotics search warrant was executed by the narcotics division with assistance of the patrol division.

The case was investigated for several weeks by narcotics Agent D.J. Epperson due to citizen complaints.

During the search with the assistance of narcotics agents and canine Tony, the cocaine, marijuana, more than $12,000 in cash and items of drug paraphernalia were seized.

The narcotics division has made a request for adoption of the local seizure with the federal Drug Enforcement Administration.

Citizens are encouraged to report any suspected drug activity by calling the Halifax County Sheriff's Office Narcotics Division at 252-535-1257, Crimestoppers at 252-583-4444 or log on to www.halifaxsheriff.com and click on submit a tip.