Roanoke Rapids police are conducting a murder investigation following a shooting Saturday night in the area of West Tenth near Vance and Franklin streets. 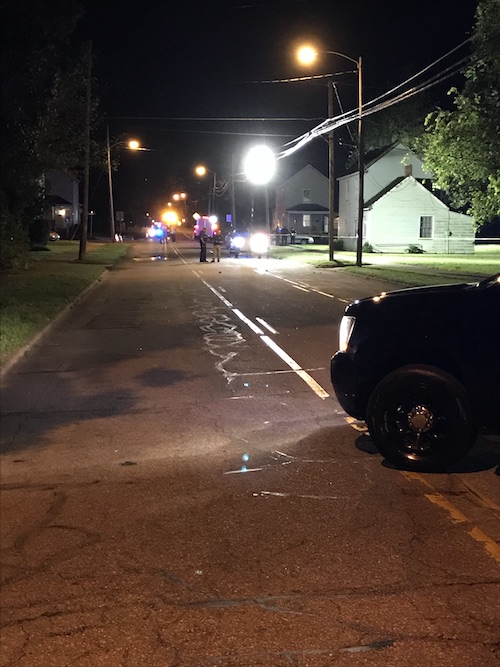 The crime scene is shown in this contributed photo.

Chief Chuck Hasty said in a statement the police department received a call at approximately 9:30 p.m. of shots fired.

When officers arrived they were flagged down and told about a person with gunshot wounds lying between two vacant residences.

The victim was transported by Halifax County EMS to Halifax Regional. While at the hospital the victim died from wounds they sustained.

There was no further information beyond the press release as of this report and investigators were processing the crime and conducting interviews.

There are no suspect or vehicle descriptions at this time.