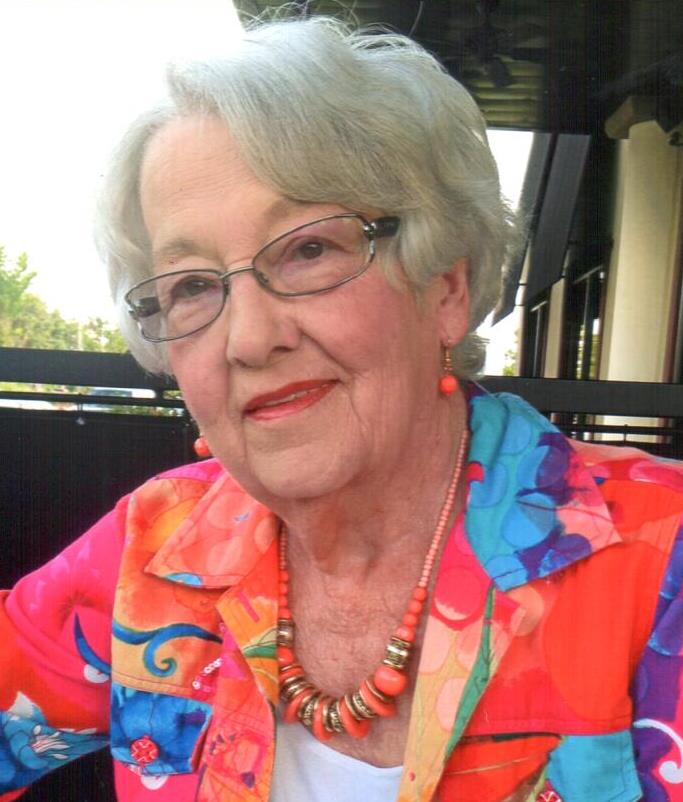 Barbara Jean Leonard Parrish Wrenn, 80, of Centerville, North Carolina, passed away peacefully at Rex Hospital in Raleigh with her family by her side.

Barbara was born and raised in Centerville, NC, and was a graduate of Gold Sand High School and Louisburg College.

All her life she loved singing, playing the piano, and theater.

She was a charter member of The Lakeland Singers, where she sang for many years and starred in the production of Mame.

Before moving away from Roanoke Rapids, she was a member of Rosemary Baptist Church and sang in the Chancel Choir.

Barbara was a successful AFLAC agent for many years. During her recent illness, she was selling AFLAC policies and filing claims in her dreams.

She is lovingly survived by her daughters, Georgia Parrish James and husband Chris, of Bethel, and Lori Parrish Herring and husband Charlie, of Wilson.

Referred to by her beloved grandchildren as Memommie, she is also survived by Sara Lynn James, Christin Parrish James, Caroline Parrish Herring and Jake McKimmon Herring.

She is also survived by her sister, Pat Leonard Kennedy and husband, Lee, of Louisburg.

She was preceded in death by her parents, Beatrice Hight Leonard and Herbert Leonard; her sister, Mildred Ward and a brother, Williard Leonard, and an extra special brother-in-law, Lemuel Ward, all of Centerville.

A celebration of life will be held at Rosemary Baptist Church in Roanoke Rapids on Thursday, October 3, at 6pm. Visitation will be held in the Fellowship Hall after the service. Burial will be Friday, October 4, at 11 am in the Centerville Baptist Church Cemetery, in Centerville, NC. Family will receive visitors at the Parrish home in Roanoke Rapids on Thursday afternoon prior to the service.

In lieu of flowers, donations may be made to the Triangle/Eastern NC Chapter of The Juvenile Diabetes Research Foundation (JDRF) at 3739 National Dr. Suite 202 Raleigh, NC 27612 or an animal rescue charity of your choice.