"When peace, like a river attendeth my way, when sorrows like sea billows roll, whatever my lot. thou hast taught me to say, it is well, it is well, with my soul." 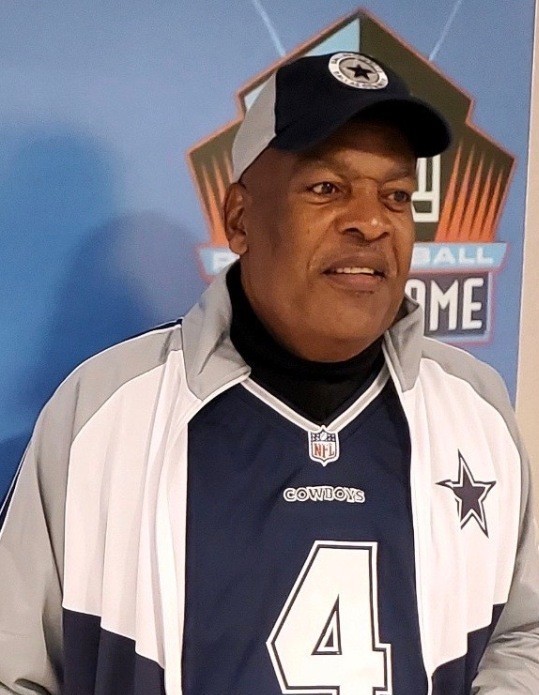 It is with great sadness that we announce the passing of Mr. Dennis Daniels of Elizabeth City, North Carolina who answered the Master's call on Tuesday, September 15, 2020 at his residence.

Deacon Dennis Daniels, was born to the late George and Ella Daniels in Halifax, North Carolina on March 30, 1958.

On September 15, 2020, at the age of 62, he departed this life in Elizabeth City, North Carolina at his home surrounded by his family and friends.

During his tenure he received many accolades and recognitions but a few stood out the most to Dennis.  Deacon Dennis Daniels served on the Prison Emergency Response Team (PERT) and rose to the ranks of Commander of Eastern Region.  He was awarded the 2018 Warden of the Year for the state of North Carolina and was presented with the Highest Civilian Award from the Governor, The Order of the Long Leaf Pine.

At 56, Dennis rededicated his life to Christ at St Stephen Missionary Baptist Church in Elizabeth City, NC under the leadership of Dr. Ricky L Banks where he was an ordained Deacon.  Dennis sang in the Male Chorus and remained an active faithful member until his health started to decline and was chosen to be with the lord.

Dennis had a strong burning passion for football, as he was a die-hard Dallas Cowboys fan.  He also was a member of the Historically African-American Greek Fraternity Phi Beta Sigma Incorporated and a member of the Prince Hall Free and Accepted Masons.

The Family will receive friends at the home of the wife, Tawanna Daniels located at 528 Millbrooke Circle in Elizabeth City, North Carolina.

Professional Services of Comfort have been entrusted into the hands of Adkins Memorial Funeral Home in Elizabeth City, North Carolina.