Sunday around 11:15 p.m. officers responded to a shooting at Georgia Avenue apartments.

Officers learned that Candace Demetris Davis, 30, of Norfolk, and Brenda Lee Walker, 61, got into an argument which led to Walker shooting Davis in the lower body area, Martin said.

Walker resides at one of the apartments in the 1500 block of Georgia Avenue.

Davis was transported to Vidant North and then airlifted to Vidant in Greenville for further treatment. Martin said she is doing OK.

“Based on the totality of the circumstances, Investigator J. Shelburne established probable cause to obtain a warrant on Brenda Lee Walker for assault with a deadly weapon with intent to kill inflicting serious injury,” Martin said.

On Saturday shortly before 8:45 p.m. officers responded to the 100 block of Julian R. Allsbrook Highway where a carjacking at knifepoint occurred at New Dixie Mart. 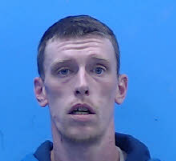 Officers encountered Lucas in the vehicle on South Street and a stand-off occurred. Officers deescalated the situation and took the man into custody with no further trouble.

He received a $125,000 secured bond and Wednesday court date.

Investigative Sergeant Gorton Williams said the suspects involved in the larceny of a backpack containing a laptop on November 10 at Fairwood Lanes have been identified.

Martin said charges are expected to be filed.