Roanoke Rapids police have filed charges against an Emporia man involved in an early Monday morning chase which ended when he struck parked vehicles in Weldon. 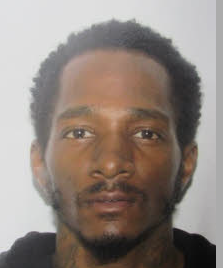 Weldon police Chief Christopher Davis said the department is also taking out warrants against 34-year-old James L. Odom for failure to remain at the scene of an accident, failure to reduce speed to avoid a collision, and failure to report an accident.

The chase began around 3 a.m. when Roanoke Rapids police Lieutenant J. Baggett responded to a call of a woman being pushed out of a vehicle at a business on Julian R. Allsbrook Highway near Roanoke Avenue, Chief Bobby Martin said.

The woman got back in the vehicle and as Roanoke Rapids officers were going to investigate it passed them.

Baggett activated blue lights and siren to perform a stop to check on the occupants.

The driver accelerated and refused to stop.

The driver continued into Weldon and when he hit the dip in the road at the railway overpass he lost control and struck five parked cars.

Baggett noticed a large cloud of smoke. Odom fled the vehicle but left his girlfriend, who was transported to Vidant North for treatment, at the vehicle.

Officers found 3.9 grams of cocaine in the vehicle along with scales.

Roanoke Rapids police have filed charges against Odom for possession with intent to sell and deliver cocaine, possession of cocaine, fleeing to elude arrest, possession of drug paraphernalia, careless and reckless driving, and driving while license revoked.